Premier League have announced the 2018/19 fixtures and Mauricio Pochettino will be delighted with Tottenham’s schedule next season.

The Londoners have been handed a reasonably easy start to the season and most importantly, they will have one of the easiest festive period schedules in the league.

Tottenham will be hoping to challenge for the title next season and an easy start could be a massive bonus for them.

Furthermore, the fact that they will play the likes of Southampton, Leicester, Burnley, Everton, Bournemouth and Wolves in December will also please the fans.

December has always been a crucial period for teams in the title race.

Tottenham will start their season away to Newcastle United. They will also face the likes of Manchester City, Manchester United and Liverpool in their first ten games.

The Londoners will end their season with some favourable fixtures at home to Brighton, Huddersfield, West Ham and Everton in the final weeks. 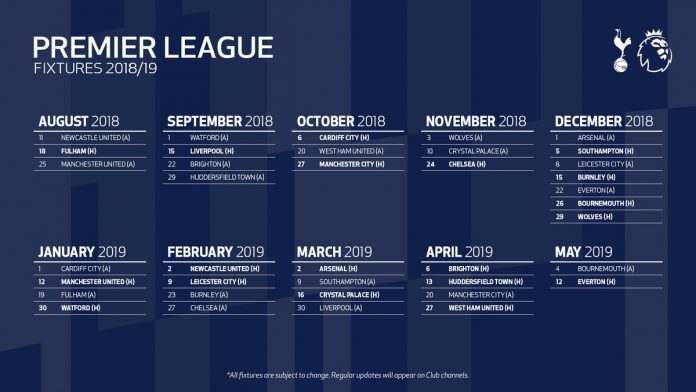 Here is how the Tottenham fans reacted to their fixtures for next season.

That could be a Premier League winning run in, right there #COYS

Fixtures have gone nice for us .
Unlike last year there isn’t a big group of games where we plat the ‘big teams.