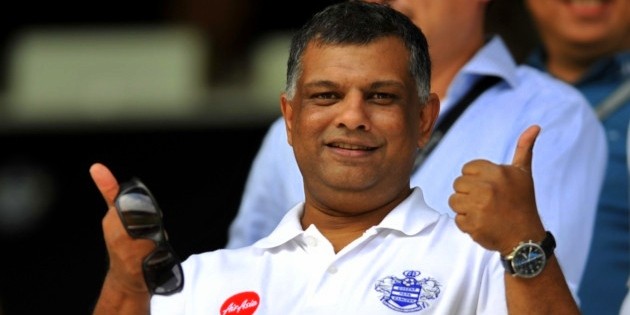 It was only the third time this season that Ian Holloway’s side have managed to win away from home, and the result has even left the manager shocked a little bit as well.

After the match, QPR owner Tony Fernandes took to social networking site Twitter to express his reaction. He tweeted:

If there was one team I wanted to beat it was VILLA away. Heheheh. Well done lads.

Well done to our manager Ian Holloway and the whole squad. Take a bow. Patience is what we asked for. Long long way to go but thanks to those who gave us the time. One result doesn’t make a season but this one is sweet.

Steve Bruce warned of the danger of complacency after Villa’s win against Wolves on Saturday, and the Villans were thoroughly outplayed by QPR.

Ryan Manning opened the scoring for Rangers before Jake Bidwell added another in the 33rd minute to give a 2-0 half-time lead at Villa Park.

Luke Freeman, coming on as a substitute, put the final nail in the coffin when he scored the third in the 82nd minute.

James Chester pulled one back in the 88th minute but it was nothing but a mere consolation in the end.

QPR had only 39% of possession but they registered seven shots on target compared to four from the home side.

With that victory, QPR move to 15th in the Championship table, while it was Villa’s first home defeat in four months.

I hope we keep our best players Mr fernandes next season.

Glad to beat villa cos of terry ??small club syndrome

Get in there! #QPR