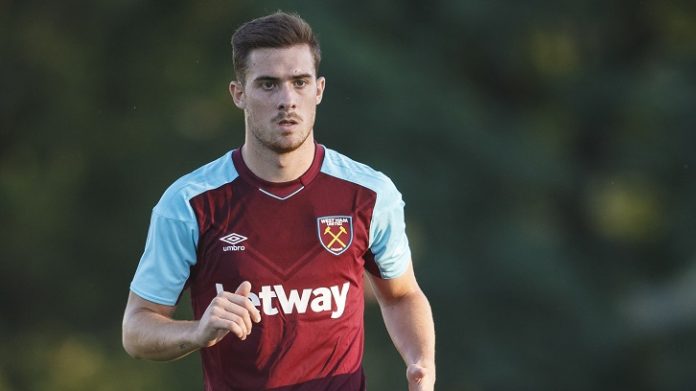 West Ham United confirm forward Toni Martinez has joined Segunda Division side Real Valladolid on loan until the end of the season.

The 20-year-old made just three appearances in all competitions since joining from Valencia in 2016.

Martinez was a regular in the reserve side, scoring 25 goals in 29 games for West Ham u23s, but he’s now sought out a move to get first-team football in his native country – having done a similar thing at Oxford United last season.

The lack of minutes afforded to him in the senior side drew criticism from supporters given West Ham’s struggles this season, but there was no such animosity from Martinez in his parting message on Twitter.

“Start a new challenge. Eager to debut with my New Jersey and return on the lawn the confidence that has shown me the Club. Thank you very much for the welcome, @realvalladolid ?,” he said.

Martinez’s first-team appearances for West Ham came in the FA Cup this season against Shrewsbury Town and Wigan Athletic. He now joins a Segunda Division side currently ninth in the table, two points off the top-four, boasting 45 goals in 25 games.

The attack-minded nature of the side could well be perfect for Martinez to get among the goals in Spain, potentially boosting his hopes of returning to his parent club with a chance of nailing down a starting place.