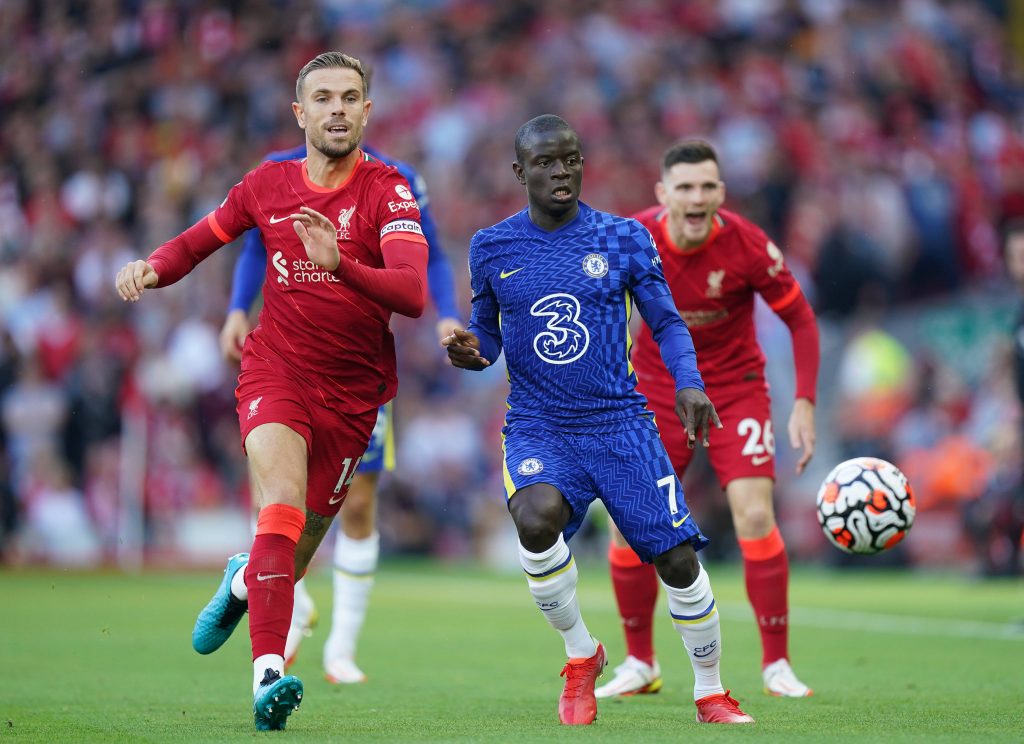 The Blues settled for a hard-fought draw against the Reds on Saturday. They played the second half with 10 men after Reece James was sent off before the interval.

They were also dealt another blow with Kante’s substitution at the break. After the game, Tuchel confirmed that the midfielder suffered a recurrence of a previous issue.

The Frenchman was recently out of action for a brief period with an ankle injury. Tuchel said that the midfielder has the same concern after twisting his ankle again.

He told Chelseafc.com: “He is injured. He missed the Arsenal game because of some pain in the ankle and some inflammation, but it was nothing serious obviously because he was back in training and he started today.”

“In winning the ball in this situation, I think the opponent fell on his ankle and he twisted it again and he had immediately the same pain he had before the Arsenal game and he was lacking force to accelerate and we had to take him off.”

Kante struggled with injury concerns in 2019/2020, but he had a much improved 2020/21 campaign with multiple standout displays during the season.

His latest setback is definitely a blow for the European champions. Tuchel has preferred to stick with him, Jorginho and Mateo Kovacic as his midfield options.

The international break has probably come at the right time for Kante. He may not play for France but has the chance to get himself fit for the restart.

The Blues will be hoping that the £49.5 million-rated midfielder has only suffered a short-term setback. There are multiple options in the squad to provide cover.

Ruben Loftus-Cheek, Ethan Ampadu, Ross Barkley and Danny Drinkwater are among the players that Tuchel could utilise if Kante is not deemed fit after the upcoming break.

Loftus-Cheek and Ampadu have been linked with possible loan exits, while Barkley and Drinkwater are widely expected to be sold or released before the end of the month.

The Blues have a decision to make on their futures after the injury sustained by Kante.