Chelsea are looking to reward Thibaut Courtois with a new and improved contract. The Belgian goalkeeper has been in inspired form this season and has helped the Blues maintain their title charge so far.

Recently, the Chelsea manager, Antonio Conte, also revealed that Courtois is one of the best keepers in the world. He also maintained that Courtois has every chance of having a glorious career like Gianluigi Buffon.

Look, Thibaut is a Chelsea player and I want him to stay here. And I think he’s very happy to stay here. I see him with this club for many years. I want this, the club wants this. I don’t see any problem.

He has great potential to continue to do great things, to reach great targets. [A new contract is] a club decision. But, in my opinion, yes, I think that a goalkeeper like Thibaut deserves to stay at Chelsea for many years and become a type of player to stay and write the story of this club, to become a legend at this club.

The former Atlético Madrid player was linked with a return to La Liga in the summer. Guardian are also reporting that Courtois’ desire to return to Spain is not in question. The report also adds that Chelsea will look to offer him around £150,000 a week in order to keep him at the club.

Courtois is probably only behind Manuel Neuer in terms of ability right now, and, therefore, the Blues must do their best to keep him. The Belgian is still quite young for a keeper and could be Chelsea’s no.1 for another decade, at the very least.

It will be interesting to see if Courtois decides to commit his future to Chelsea now. There is no doubt that there will be interest in the player when the summer transfer window opens. 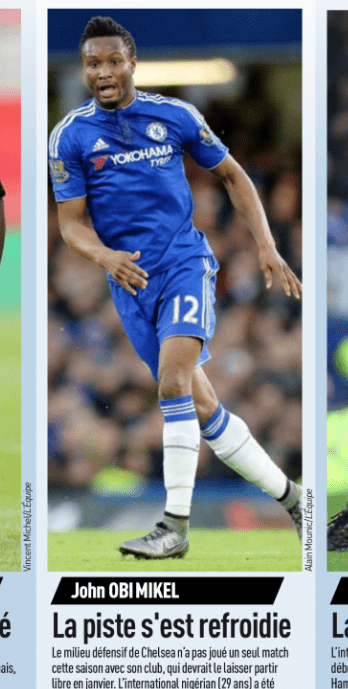 In other news, L’Equipe are reporting that Chelsea are looking to get rid of John Obi Mikel in January. The French outlet claims that Marseille have held numerous meetings with Chelsea and the player regarding the transfer, but Mikel’s wage demands could scupper the move.

L’Equipe are referring to Mikel as being a bit greedy, and are reporting that Marseille will not submit to his demands and will walk away from the transfer if the player does not lower his wage requirements.