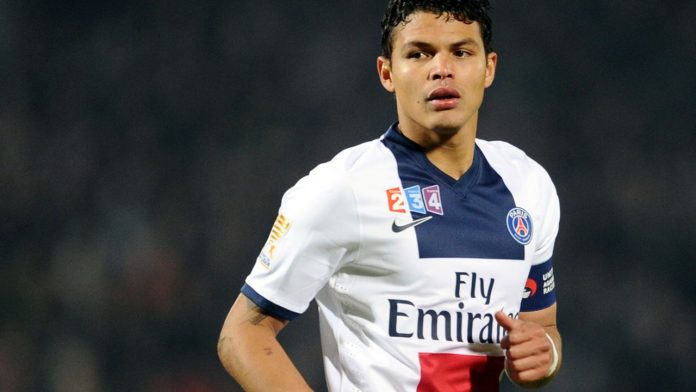 Reported Tottenham Hotspur and Everton target Thiago Silva has decided to move to Fiorentina, according to Corriere hello Sport.

It has been reported by the Italian publication that Silva will take a major pay-cut and will join Italian club Fiorentina on a free transfer this summer.

The report has claimed that the Brazil international central defender will earn £70,000 per week as salary at the Serie A outfit.

This will come as a blow for both Tottenham and Everton, with the two Premier League clubs reported to be interested in securing the services of the 35-year-old on a free transfer.

The Sun reported in June of interest in the veteran defender from Tottenham and Everton, with Silva having already decided that he will leave Paris Saint-Germain after the Champions League final this Sunday when his current contract runs out.

Silva may be 35 years of age, but the Brazil international remains a player at the top of his game.

Both Spurs and Everton could do with a player such as the Brazilian, as the Premier League clubs need defensive reinforcement.

Strange(r) things have happened in transfer windows, and perhaps there is still time for Spurs and Everton to change Silva’s mind.