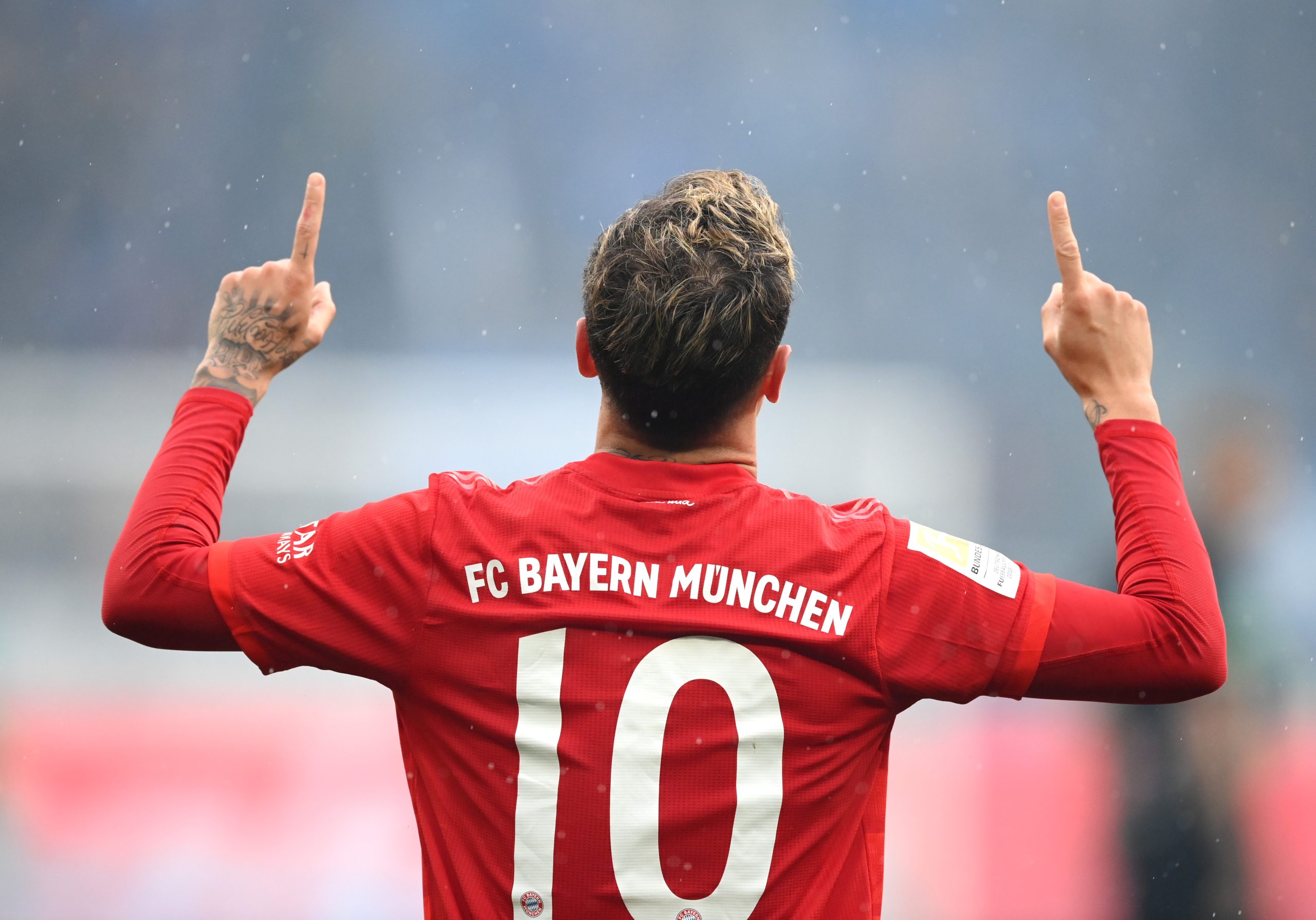 Thiago Alcantara has raved about his Bayern Munich teammate and reported Newcastle United and Everton target Philippe Coutinho, as quoted in Sport.

Coutinho joined German powerhouse Bayern on a season-long loan deal from Spanish giants Barcelona in the summer of 2019.

Thiago started his professional club football career at Barcelona before moving to Bayern in 2013, and the 29-year-old Spain international central midfielder has raved about the Brazil international attacking midfielder.

According to Metropoles, Newcastle are interested in signing the 27-year-old, while Sport has credited Everton with interest in the former Liverpool star, who can also operate as a winger.

Thiago told Sport about Coutinho: “I know him well, he’s very good. I’ve seen him play since he was 12 years old. I played against him in Brazil at football sala and I loved him.

“He lacks nothing. I like to play with players at a top level and he’s a phenomenon. He’s a great guy, really hard working, with unbeatable technique and incredible finishing”

According to WhoScored, Coutinho has made 15 starts and seven substitute appearances in the Bundesliga for Bayern so far this season, scoring eight goals and providing six assists in the process.

The former Liverpool ace has also made five starts and two substitute appearances in the Champions League for the German outfit this campaign, scoring one goal and providing two assists in the process, according to WhoScored.

Given Coutinho’s experience in the Premier League with Liverpool and his obvious quality, he would be a brilliant signing for Newcastle or Everton in the summer transfer window.

Football in England, Spain and Germany is suspended at the moment due to the coronavirus pandemic