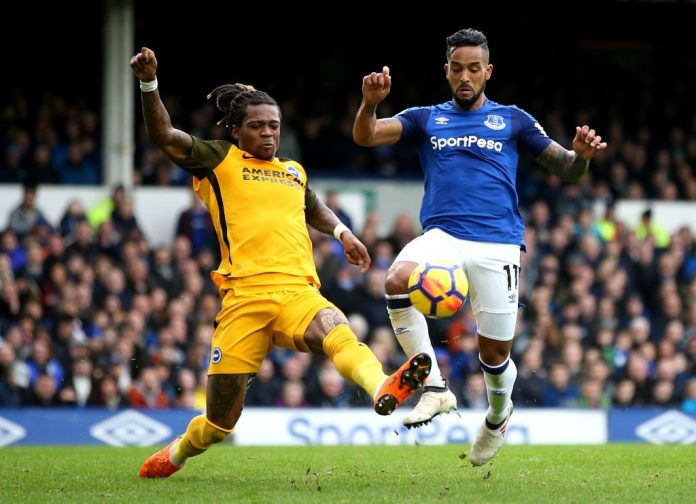 Everton jumped to ninth in the Premier League table after earning a 2-0 win against 10-man Brighton on Saturday.

The Toffees were under pressure heading into this game having lost three of their previous four games in the league.

However, at Goodison Park, Sam Allardyce’s side have been very impressive this season, and once again they stepped up in front of their home support.

Everton’s January signing Theo Walcott took to social networking site Twitter after the game to express his reaction. He tweeted:

After a stalemate first half, Gaetan Bong’s own goal broke the deadlock in the 60th minute. Yannick Bolasie’s cross was intended for Walcott, but it hit Bong and flew past keeper Mathew Ryan.

Cenk Tosun added another – his second in as many games – to double the lead.

Brighton’s hopes of a potential comeback suffered a big blow after Anthony Knockaert was shown the red card for a wild challenge on Leighton Baines.

Wayne Rooney missed a late penalty but overall it was a satisfactory performance from the Toffees.

One major headache for Allardyce could be Walcott’s injury, with the 28-year-old being taken off with a suspected calf injury.

hope your injury doesn’t keep you out, another top performance from you today.

One of the very few positives from this season

Loving you, breath of fresh air. From a life long blue of 50 years. Me lad got your signature the other week. Thanks Theo

You’ve taken to our club like a duck to water. Arsenal’s loss is our gain.

Been brilliant since arriving at Everton.