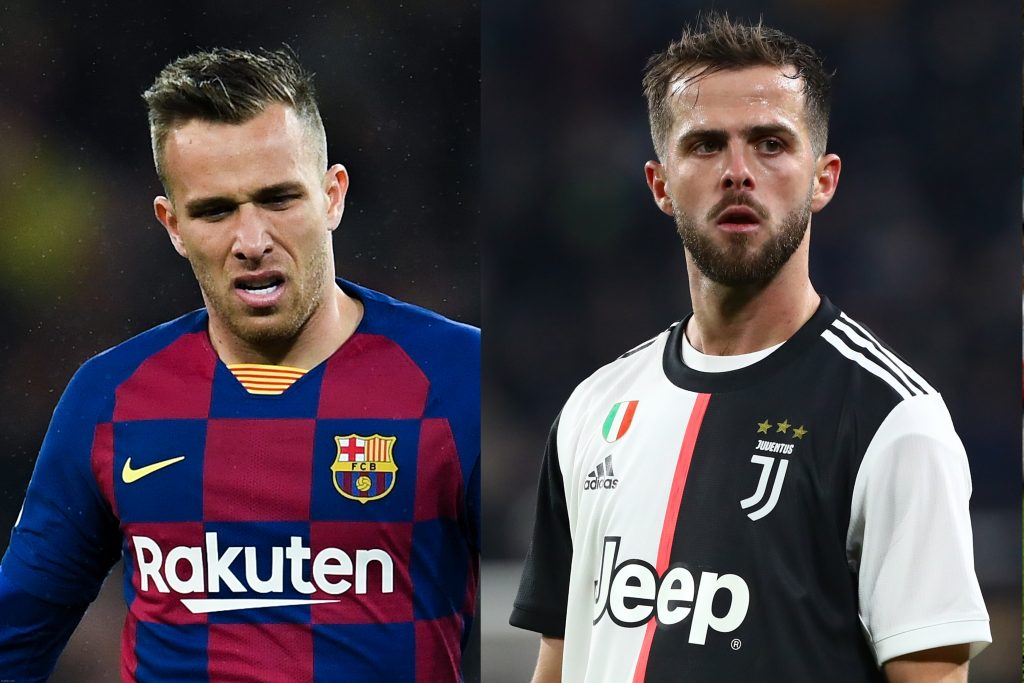 Juventus have been trying to get Pjanić off their hands for quite a while now, and it looks like they may be able to strike a deal soon. First, they tried to lure Jorginho away from Chelsea, but the ex-Napoli man stayed loyal to the Azzurri, unlike Juventus’ current manager, Maurizio Sarri. Either way, it does seem that they will be able to bring Arthur Melo to Turin, so let’s take a look at the winners and losers of the deal:

Both players haven’t seen a lot of game-time this season, and have not really impressed either. Pjanić in particular, doesn’t seem to have a great relationship with his manager. Although reports of a training ground bust-up have been shut down, something is clearly wrong. Quique Setién’s Barcelona haven’t looked too glorious either, and he has publicly asked Arthur to focus on Barcelona.

So, if they exchange clubs, both players might just about get revitalised, and maybe start finding some form. Either way, they will probably find themselves in a better situation than what they are currently in.

Juventus are doing some very smart business here. They are trading a 30 year-old midfielder who has 3 goals and 2 assists in 35 appearances this season, for an exciting 23 year-old prospect with 4 goals and 4 assists in 26 appearances, of which only 17 were starts. More so, they are parting with a player who doesn’t seem to be getting along with the manager too well.

This transfer will also help the future of the club. Currently, the average age of their 6 key midfielders is almost 29 years, and the only Under-23 player is Rodrigo Bentancur. They will certainly need more midfielders very soon, as both Blaise Matuidi and Sami Khedira are 33 years of age, and will probably be looking at a final transfer to America, China or the Middle East before finishing their careers. Arthur, who was likened to Xavi in his early Barcelona days, certainly has the potential and time to help fill that void.

The youngster has slowly but surely started getting more game-time under his belt, and he has impressed many with his performances. As far as young players go, his only competitors in the Barcelona midfield are Arthur and Frenkie de Jong. With one of them going off to Juventus and the other out injured, the La Masia graduate will certainly be fielded even more in the near-future and in the long run.

For a club that is asking their players to take a 70% pay cut for a variety of reasons, this seems completely stupid, especially when you consider the fact that the Brazilian currently earns three million Euros a year, whereas Pjanić makes 7.5 million, which could go as high as 10 million if you take the tax differences in Italy and Spain into account.

What’s even more stupid is that they are swapping a young player for an older one. Arturo Vidal is 33 years-old, Ivan Rakitić is 32 years of age, and Sergio Busquets will turn 32 in 3 weeks. Adding a 30 year-old to such an ageing midfield makes no sense at all, but then again, when did Barcelona’s transfer policies start making sense?

In truth, the whole of Juventus’ midfield department, bar Bentancur and Rabiot, seem to be losing here, but Khedira is certainly the biggest loser. Matuidi is adaptive and has shown that he can play on the wings too, so he might even get a shot at full-back considering Juventus’ problems in that position. Ramsey maybe 28, but he still has some time ahead of him.

Khedira, however, is 33 years-old. His injury record is not great either, as he has undergone 2 knee surgeries in the last year. All of this, combined with the introduction of a talented 23 year-old midfielder seems to point to the end of his time at Juventus, and the final chapter of his career. If the deal goes through, the German should start seriously considering a move away from the Italian champions.

There are a lot of indications that the deal might already be sealed, and if that is the case, Juventus have made an absolute steal here, at the expense of Barcelona. If this transfer does go through, it should only aggravate the major concerns about the competency and capabilities of Barcelona’s boardroom.