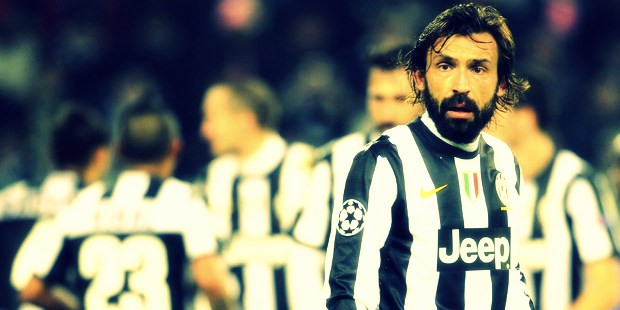 Winning is a habit, we’re told. Juventus are finding that losing is too.

While the emphatic victory over Chelsea has raised hopes of a Serie A renaissance in the Champions League, domestically Juve are experiencing an uncharacteristic slump.

After a record-breaking run of forty-eight unbeaten, suddenly they’ve lost two out of four league matches. To lose to one Milanese team may be regarded as a misfortune; to lose to both looks like carelessness.

Throw in a frustrating home draw with Lazio and, after the procession of last season, suddenly the Old Lady finds itself in a title race. Eight points dropped out of twelve; very worrying.

There are a couple of awkward fixtures coming up too. A derby against Torino this weekend is potentially tricky, as all derbies are. Torino aren’t doing badly this season and have proven hard to beat away from home. They were robbed by a late, poor penalty decision at Roma last weekend, and have been showpiecing a remarkable formation on their travels: the good old fashioned 4-2-4!

It’s bold, and a glance at their goals for column suggests it isn’t working. But they look threatening, ask unexpected questions, and will pin back Juventus’ impressive wing-backs. If they’re bold enough to keep playing that way they’ll be an eccentric, awkward challenge at a time when Juventus will pine for the security of the familiar.

And then they’ll be off to Sicily to face Palermo, who admittedly aren’t looking too clever this season, but always raise themselves when the big teams visit.

So what is at the root of Juventus’ problem, if indeed it is more than just a blip. The answer seems to lie in attack. The attacking figures in their recent matches are impressive; 58% possession, 85% pass completion, and 73 shots on goal. But they scored just one against Inter, in the opening moments, and failed to hit the net against either Lazio or AC Milan. A goalscorer is required.

They might have cast envious glances at the new Serie A sensation last Sunday as Stephan El Shaarawi lined up against them. The Little Pharoah is top scorer in the league and looks terrific whether swooping into the box on the angle or hitting shots from the edge of the area.

Juve, meanwhile, have the admirable Mirko Vučinić up front, an intelligent target man with a lovely deft touch and a one-in-three scoring rate over the years he’s spent in Italy, but with just two goals this season, he’s struggling to puncture the blanket defences Juventus are coming up against.

Lazio certainly provided a great deal of resistance, stubbornly digging in to inflict a rare scoreless home game on Juventus, but Milan’s success the following week will have been more perturbing.

Milan have had a grim start to the season – they’ve already lost as many home games this season as they did in each of the last two campaigns! Yet in the first half they were the better side and in the second their defence, frankly laughable on paper when compared to the great Milanese back fours of the past, held firm under intense pressure.

The fact that Marco Amelia only knew he was playing in goal when Christian Abbiati injured himself in training didn’t matter: he didn’t need to prepare himself for the relatively quiet evening he experienced.

A back four of a kid (Mattia De Sciglio), two big, limited central defenders (Mario Yepes and Philippe Mexes) and a shaky left back (Kévin Constant) shouldn’t have proven an insurmountable obstacle.

So far this season it’s been enough to make you wonder if Paolo Maldini and Franco Baresi’s squad numbers were retired out of respect for the duo or to spare the current crop the embarrassment of being compared to such consummate destroyers! Yet against Juve they were a red and black wall.

Juve will no doubt look to recruit up front in January, but don’t assume that will solve the problem. After all, they’ve been the jilted suitors in the last couple of transfer windows, constantly linked with the big names on the market, and sometimes coming close to sealing the deal, but never quite getting from proposal to consummation.

Sometimes that’s because they aim out of their league: Robin Van Persie was surely not going to Turin unless all his more attractive alternatives faded away. Sometimes they merely didn’t manage to close the deal: Fernando Llorente’s failure to leave Athletic looks more bizarre with each passing match, as he only made his first league start of the season last weekend because the preferred option, Aritz Aduriz, was injured.

As he rots away in a high profile Coventry, more clubs are alerted to his availability. The price Juve will pay for failing to sign him in August will be a bidding war, inflating the price on the head of a player whose contract expires at the end of the season.

Shunned by their targets, the Old Lady has become the Old Maid in the transfer market. That needs to change or Christmas might be a sober affair for La Fidanzata d’Italia.