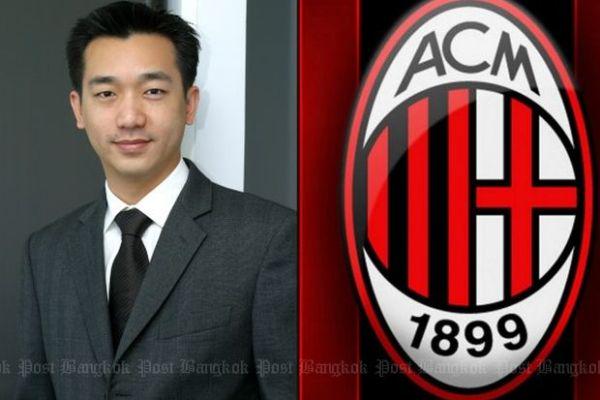 After months of speculation and widespread rumours, it seems like AC Milan have finally reached an agreement with Thai investor Bee Taechaubol for a 48 percent stake in the Serie A club. The club president Silvio Berlusconi has confirmed the news, and the contract papers will be signed just after his 79th birthday at the end of the month.

Taechaubol has signed a memorandum of understanding on one of his many visits to Milan in January.

Berlusconi has been in talks with potential investors for nearly a year, but he is against selling the majority stake in his club. As it stands, Berlusconi will remain the club’s president while Taechaubol will act as vice-president once the deal goes through. It is indeed a huge deal even with Berlusconi holding the majority of the share.

AC Milan, the winner of seven European titles, are not exactly the beacon of excellence and quality they once were. Iconic players like Franco Baresi, Kaka, Paolo Maldini, Nesta once graced the green blades of San Siro. Today, Milan is just a pale imitation of their old glory. They have fallen on hard times in recent years. Neither can they attract world’s best players nor they add any substantial value (in terms of playing style) to world football.

The past few years have been utterly frustrating for the Rossoneri fans; the club not only have dropped out of Europe’s elite, but have become a laughing stock in Italy, wandering somewhere in the mid table.

This season, the club have spent big on transfers, though they’re still way behind the likes of Juventus and Roma in challenging for the title. Make no mistake, AC Milan are a huge team with a global fan base, therefore, this deal holds paramount importance to the club’s future.

The way modern football has panned out, commercialisation and it’s inbuilt rhetoric, owners of the club have to invest regularly in order to achieve success. And money or the lack of it has been AC Milan’s biggest problem over the years.

The club cannot afford to buy top talents, instead their parlous financial status merely allows them in signing outdated players, that too on a temporary basis. The quality on pitch has dropped down and results hampered.

The club need to invest heavily on signing world class players and potential outstanding young talents. The signings of Carlos Bacca, Andrea Bertolacci, Alessio Romagnoli and Luiz Adriano are signs that efforts being made, and expect more quality players to arrive if and when money being poured into the team. Put it simply, Milan needs financial backing on a regular basis in order to pull them out from the doldrums they’re trapped in.

The thing is no body knows whether Mr Bee and his investment can pull Milan out of this mess. Last thing Milan need is an owner like Gillet / Hicks and cripple the club too far where it might take ages to put things back on track. A recent investigation by Forbes reveals that Bee himself doesn’t appear to have much money at all. It is highly uncertain whether he has the funds to take AC Milan to the next level, as no one knows who’s backing him with the funds from behind.

Already plans of building a new stadium have been discarded. After talks of relocating to a new stadium and even winning the tender to reconstruct the area on their former trade fair grounds in the city, it seems the interests have died down. Neither Berlusconi nor Taechaubol are convinced by a move away from the San Siro. The harsh truth is the owners feel the project may end up costing them much more than anticipated.

“The San Siro is starting to look prettier now too, due to the demands UEFA have made to stage the Champions League there next year. Some problems have emerged with the Portello [trade fair] site. I and Mr Bee want to stay at the San Siro, so we will be satisfied,” said the Milan president.

Some Milan fans are hoping that the new ownership will change the mentality of how the club operate in the transfer market. Having tried and failed with the project of appointing former players as club managers who do not have enough managerial experience, Milan went for Sinisa Mihajlovic instead this summer. His past track record isn’t impressive and it is therefore hard to expect things will change dramatically under his leadership.

But the main problem lies elsewhere. Adriano Galliani. The Milan CEO. He is the sole decision maker in the club, both on and off the pitch. His poor decision makings and autocratic influence at the club do not bode well with many core Milanistas.

Along with that comes improper transfer strategies. Milan are desperately lacking in quality and depth in all areas of the pitch. It’s high time the club should make a concrete effort in developing it’s youth players.

Stephan El Shaarawy is arguably their best young forward coming into the club at an young age and yet Milan have failed to utilise him properly. Proper attentions were not given to his recurrent injuries, and his exit to Monaco on loan only indicates the club is heading towards a wrong direction. 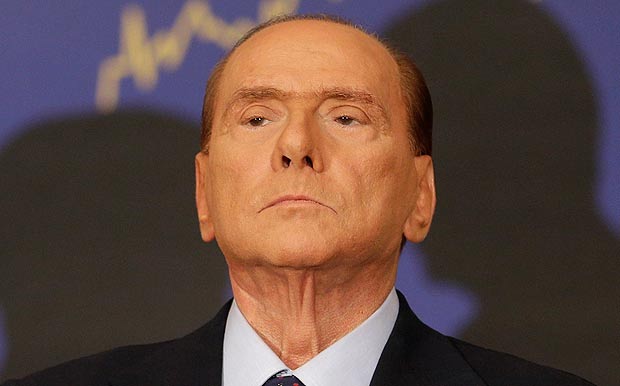 Milan are not a club like Chelsea or Manchester City (even they have started to develop the youth academy) that can spend huge money each and every transfer window, even at the cost of neglecting their own academy system. Rather it is a club that is built on the heritage of developing young talents from the academy. Like Liverpool, Barcelona, and Manchester United, the club’s youth model was once worshipped in the entire Europe, but in recent years, it has become all but a farce. Young players are sold out to help the finance, instead veteran and injury plagued players (rejected by top clubs) are being brought into the side. This has to stop immediately.

One of the good things that can come out from this deal is Mr. Bee is already looking to launch a wide-scale youth development project. He will be helped by Italy legend Fabio Cannavaro. A huge pool of young talents will be dumped in at the training ground scouted from Asia, Middle East and Africa. This is a great initiative as talented players coming out can be drafted into the first team. If Milan can keep their patience, in 10-20 years down the line, the club will have a core group of players from within the system and the money could be used elsewhere for development in other fields.

Another impact it can have is reaching the huge fan base in Asia. One of the major reasons why Premier League clubs manage to get better commercial deals is due to their massive marketing policy of capturing the Asian market – reaching out to countries like China, Singapore, India etc, who have a huge population belt exposed to watching European football. Commercialising the Milan brand, not only in China, but throughout Asia should be the primary focus in expanding the business.

“It’s a very intelligent move. Commercialising the Milan brand, not only in China, where we have 242 million fans, but in all countries throughout Asia,  is a very serious commercial plan which will see Milan gain over €100 million a year in added revenue.”

Milan have finally shown the temerity to break the shackles of yore. Mr Bee would better be successful, for the sake of Milan and for the benefit of Italian football.