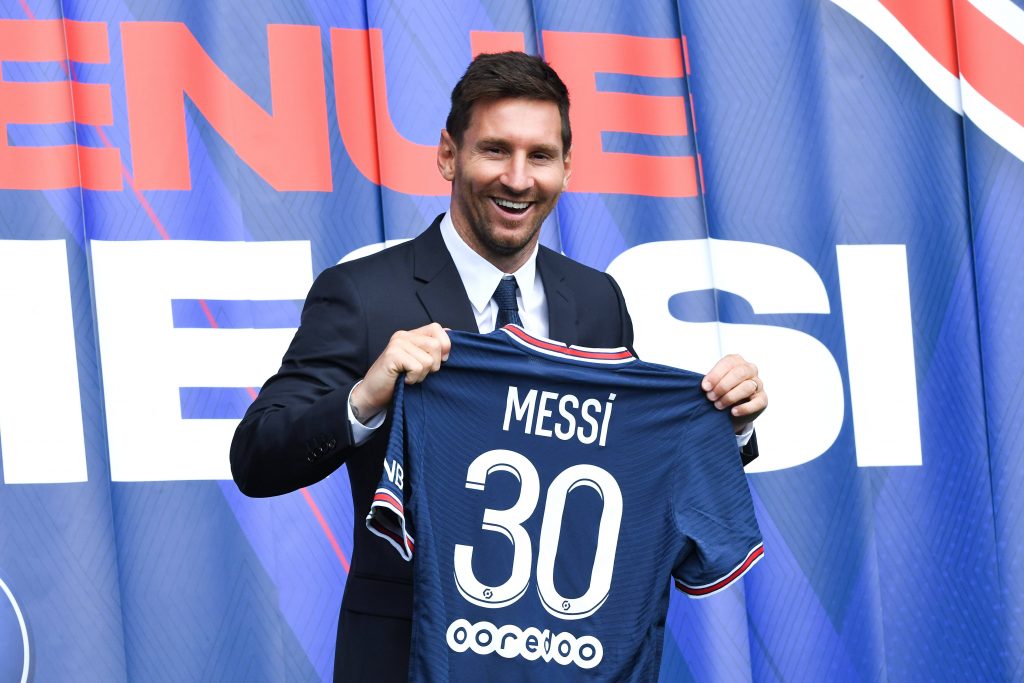 Lionel Messi completed his stunning move to Paris Saint-Germain earlier this week, and he has already made a significant impact off the field.

It was expected that the Argentine would bring a huge uplift to Les Parisiens in terms of fan following while also garnering significant revenue through shirt sales.

The club’s social media channels have seen a significant rise in followers. On Instagram alone, there has been a six to seven million increase since the Argentine signed.

It is now reported that Messi has created history with most shirt sales (832,000) over 24 hours. With a shirt priced at $188, the overall revenue stands at a staggering $156 million.

Messi reported for his first day in training yesterday, and it is unclear when he would be deemed match fit to be involved in the matchday squad for Les Parisiens.

However, there are already rumours suggesting that he could make his debut against Reims on the road before the September international break.

As per Robin Bairner, tickets are already being sold for the game in the black market with prices of up to €500, though there are no guarantees that he could play.

Les Parisiens have made a significant investment to bring Messi to the club with wages of around €40m annually, which is slightly more than what Barcelona proposed.

The shirt sales alone should cover up his wages and bonuses. It is reported that Messi could stand to earn nearly €200m if he extends his contract for another year.

The Argentine did not receive any sign-on fee. However, he would earn a staggering €115m if Les Parisiens trigger the 12-month extension clause on his two-year deal.

Alongside this, he would be paid loyalty bonuses of around €78m. Talking about bonuses, Barcelona still owe Messi another €39m as part of his previous contract agreement.