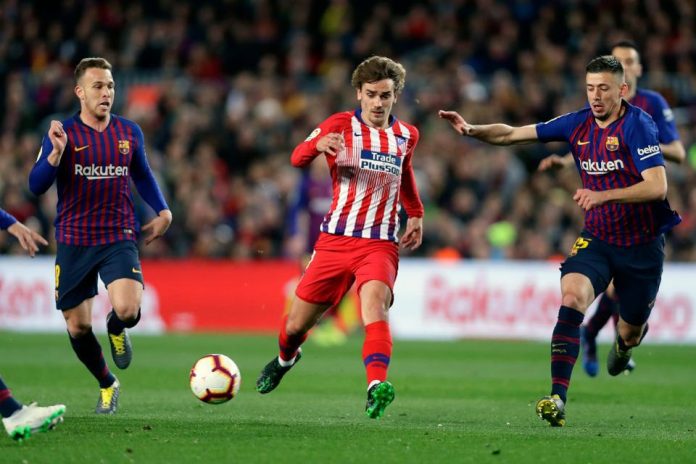 In the world of football, the subject of player wagers remains a highly contentious and controversial one.

After all, many of the world’s leading players earn in excess of seven figures each month, particularly when you factor in bonus payments and lucrative endorsements alongside their basic salaries.

But who exactly are the three highest paid footballers in the world? Here’s our latest and most up-to-date shortlist:

We start with a topical selection, with French international Griezmann having recently joined Barcelona from Atletico Madrid for the hefty fee of £107.7 million.

Now, we don’t yet know the precise terms of the striker’s five-year contract, but we’d wager that it’s a significant improvement on what Griezmann was earning in the Spanish capital.

This will be a bumper salary, as Griezmann became the third highest-earning player in the world during his time in Madrid. In fact, his whopping £2.9 million monthly salary there equated to an average of £725,000 each week, with the Frenchman’s prolific nature in front of goal ensuring that he retained access to a healthy bonus!

You’ve probably guessed the next two players on our list by now, although you may be a little uncertain about which order they appear in.

Juventus were certainly forced to make CR7 a competitive offer when signing him from Los Blancos in June 2018, with the five-time Ballon D’or winner able to bank an average amount of £4.1 million each month during his time in Turin.

This was considerably higher than Griezmann’s earnings for Atletico, and this is only fitting for a man who has scored nearly 700 career goals for club and country.

In fact, his impact at Juve has been outstanding and they are amongst the favourites to lift the Champions League next season. The only negative about CR7 these days is that he is ageing? Will 2019/20 be one season too far?

If you back Juve, or just Ronaldo on occasion then the most risk-free option is to check new customer offers at places like Matched Betting sites. However, it will take a brave many to back again the Portuguese wizard repeating his heroics for at least another campaign.

Whilst you may not be surprised to see the irrepressible Lionel Messi occupying the top spot in our list, it’s somewhat surprising to discover that the diminutive Argentinian earns nearly twice as much as his rival Ronaldo.

Incredibly, Barcelona’s all-time record goalscorer earns just shy of £2 million each week in the Catalan capital, with a total monthly salary of £7.3 million making him the highest earning player in the world.

Interestingly, if you combine Messi’s and Ronaldo’s monthly earnings, they are worth than double the combination of Griezmann and PSG’s Neymar, highlighting the impact that these players have had on the global stage during the last decade.

Messi shows no signs of slowing down either, having plundered 51 goals in 50 appearances whilst winning an incredible 10th La Liga title in the process, as well as many other impossible records.

So, when people ask whether Messi could do it on a wet night in Stoke, perhaps a more pertinent enquiry would be why would he want to in the first place?