74 Years ago, a team mainly consisting of players from Dynamo and a few from Lokomotiv Kyiv, played a game of football against the German Luftwaffe in Nazi occupied Ukraine. The match has since then cemented its place in the annals of history, albeit, amid much debate and dissension.

It is difficult to provide a definitive version of what exactly happened in the ‘Death Match’, given the nature of the circumstances and the contradicting stories inculcated as propaganda by both the Soviets and the Nazis.

What we need to understand is that mankind has always had, and always will have, a vested interest in war and catastrophe. We revel in stories like the Death Match which is why the version where a bunch of players die will always survive longer than the one where they don’t even if its veracity is in question.

Right outside Dynamo Kiev’s stadium, there is a small sculpture. Bodies of four men are engraved on a big block of stone. The faces of these men are unyielding. Their expression resolute, their eyes intractable. Their names are Ivan Kuzmenko, Nikolai Trusevich, Olexiy Klymenko and Nikolai Korotkykh – four players who are commemorated as heroes. These men were victims of an oppressive regime and were killed after winning a game of football against their occupiers. 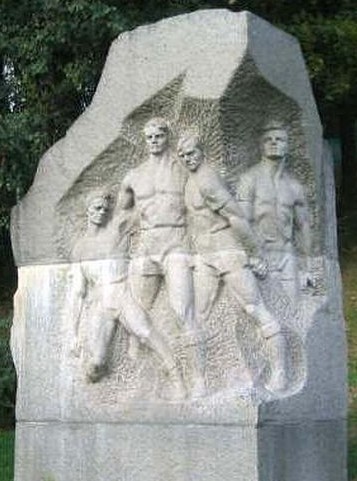 The “official” Soviet version of the story goes something like this: Dynamo were challenged to a game of football by the Luftwaffe (Nazi Air Force). They were a professional football club so understandably beat the Germans with relative ease. Therefore, in what could be the most drastic response to a loss ever recorded in football history, the Luftwaffe systematically executed every Ukrainian player at the blow of final whistle.

There were also reports of Nazi soldiers shooting at Dynamo players during the game. But this has been dismissed by majority of the eye witnesses who were present in the stands.

However, Andy Dougan, in his acclaimed book ‘Dynamo: Triumph and tragedy in Nazi-occupied Kiev’, tells a more complex version of what happened but it is a tale that is equally harrowing.

“We do not have weapons,” Trusevich, the big goalkeeper, was quoted as saying, “but we can fight with our victories on the football pitch.”

Trusevich was one among thousands of Soviet soldiers taken prisoner during the occupation and was working in a bakery upon his release. Incidentally, the same bakery also employed several of the Dynamo players and three of Lokomotiv players. Trusevich assembled a team and entered an ad-hoc Kyivan league as FC Start in 1942. They dominated and outplayed several regimental sides from Hungary and Romania, building up a reputation as the team to beat in the region. Word reached a team called Flakelf – a side that represented the Luftwaffe. A match was arranged between the two sides.

Start comfortably won the game 5-0. In the 2012 Russian-funded film titled ‘Match’, it is depicted that the players were warned about the potential ramifications of a victory against Flakelf. It was in their best interest to lose the game or risk persecution. 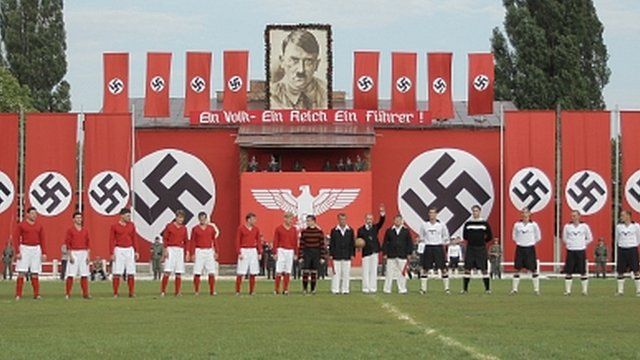 Laurent Binet, in his debut novel HHhH – a recollection of Operation Anthropoid, mentions two games that took place. The Nazis offered salutations with shouts of “Heil Hitler,” to which the Ukranians replied with the banging of their chests and shouting “long live physical culture”. Binet writes of a Kyiv player whose legs were immediately broken and FC Start reduced to ten men. But even with a numerical disadvantage, Start led 2-1 at the end of first half.

General Eberhardt, the German commandant to Kyiv, entered the dressing room and warned the Start players. “You must lose! The Luftwaffe team has never lost before, certainly not in any of the occupied territories. This is an order! If you do not lose, you will be executed,” he said.

Despite the exhortation, Start won the game 5-1 or 5-0 if you believe Andy Dougan’s version.

A rematch was hastily arranged, this time with a Schutzstaffel (SS) referee. Flakelf resorted to a rough, physical game continually hacking their opposition. Start won the game 5-3 in spite of that. Klymenko, the young defender, further exacerbated the embarrassment that hung on the faces of Flakelf players when he rounded up the goalkeeper, dribbled towards the goal line and instead of scoring, hoofed it back towards his own goal – as if scoring against these cruel occupiers was beneath him. 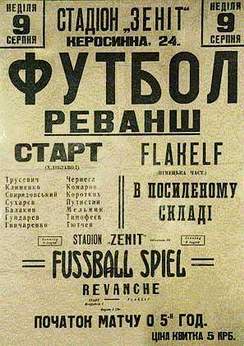 Eleven FC Start players were rounded up for ‘interrogation’. Korotkhyh who had served in the NKVD, a predecessor to the KGB, died after twenty days of torture. Three of the players were sent to Babi Yar, a ravine where the Third Reich had massacred 33,711 Jews the previous year.

“Being physically fit the players survived atrocious conditions for six months,” writes Jonathan Wilson in his book Behind The Curtain.

But that run ended when camp commandant Paul Randomsky started the serial execution. Klymenko, infamous for that goal line incident, the towering centre forward Kuzmenko, and Trusevych, the brains behind FC Start and as per few reports, still wearing his goalkeeping jersey, were all terminated.

Binet’s account tells us about a kneeling Trusevych who yelled “Communist sport will never die!” before succumbing to a bullet at the back of his head.

“There are an unbelievable number of different versions of this legendary ‘Death Match’.” And despite the Soviet manufactured tales that seem to riddle the historical recounts, “all the versions share the same broad outline.”

The story, for all we know, could just be Soviet propaganda used to disseminate rebellion against the Nazis. But nevertheless, it immortalized Dynamo as a symbol of freedom and emancipation in the Soviet era. It ultimately turned into a legend over which innumerable debates have been contested.

LATEST Top 10 Most Expensive Football Transfers of All Time 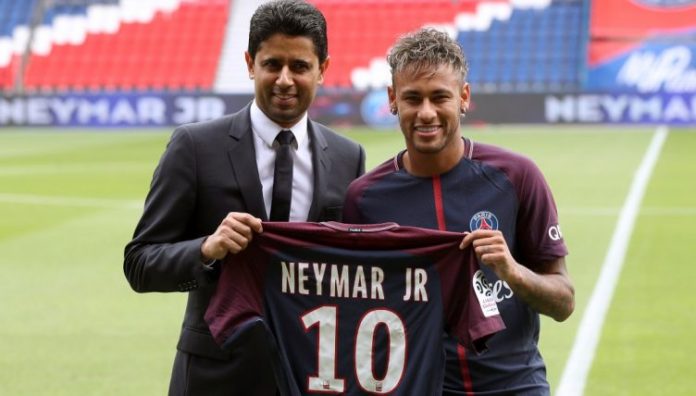 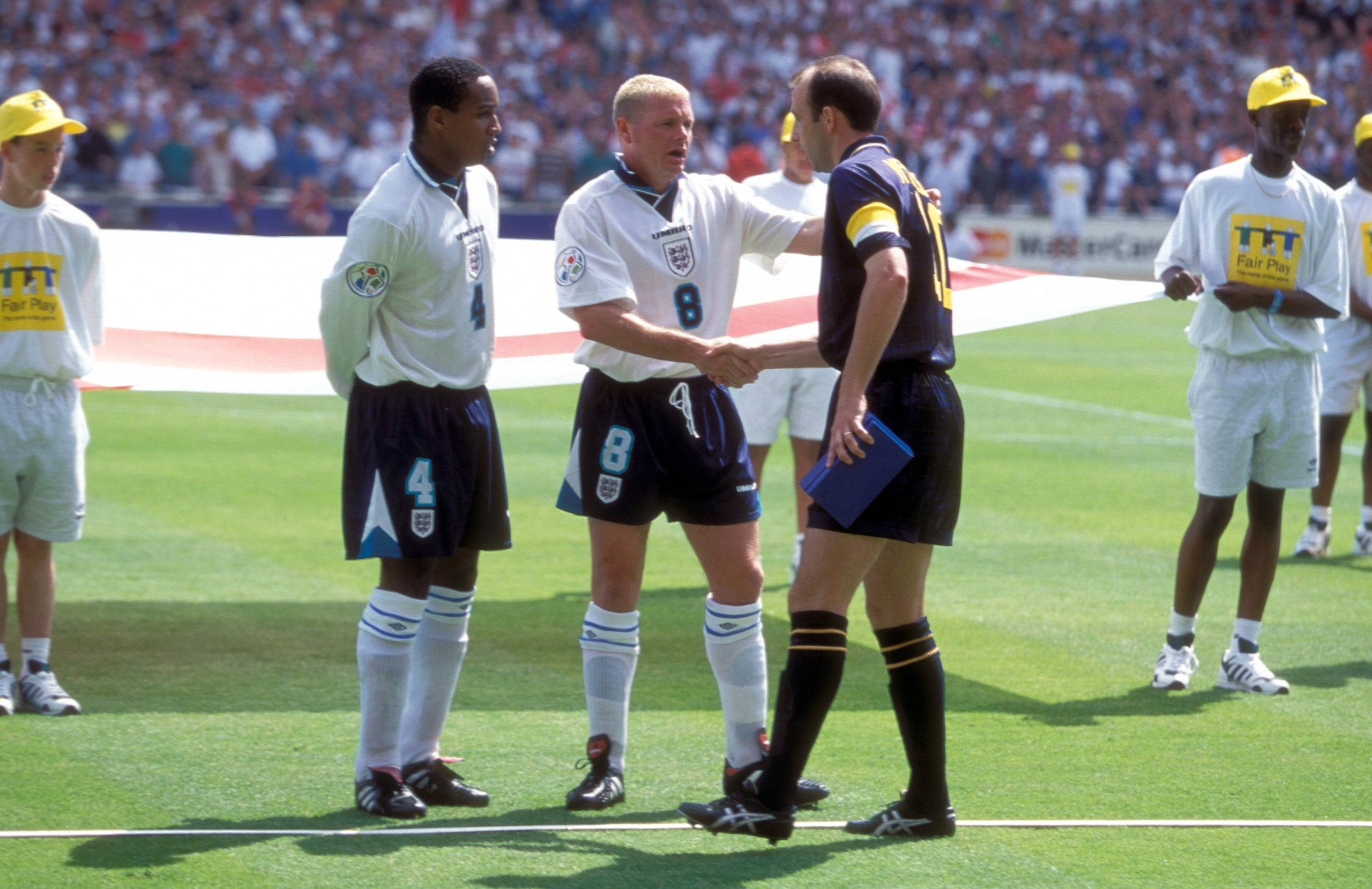