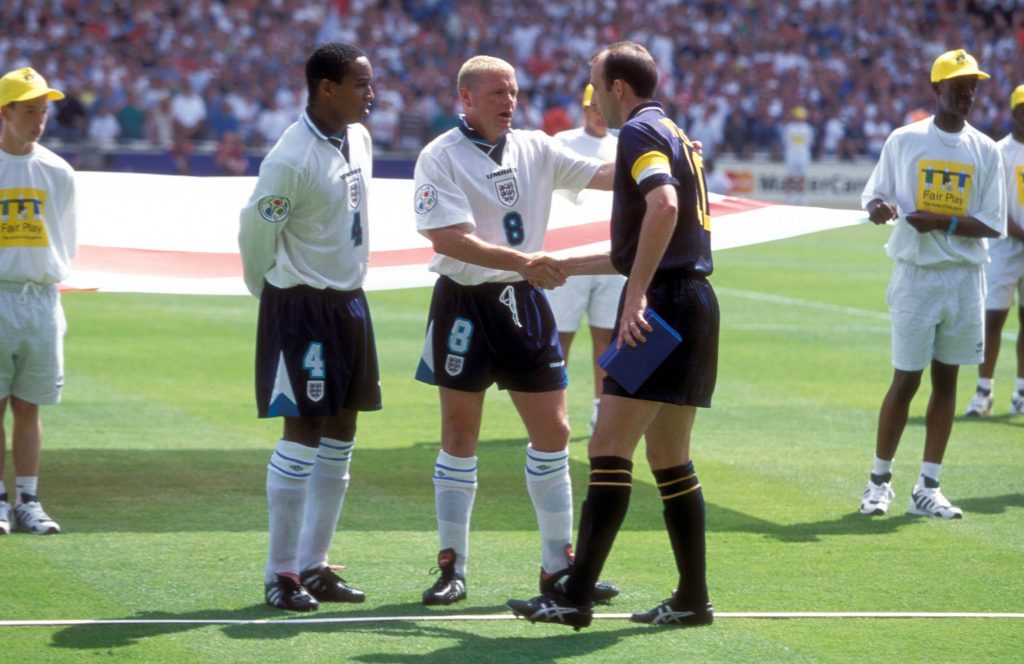 Friday evening’s epic showdown between England and Scotland in the ongoing European Championships will be the first time the two sides have met at a major international tournament since 1996.

The 1996 Euros saw the two countries in Group A along with Switzerland and the Netherlands.

England’s 2-0 win at Wembley, courtesy of goals from Alan Shearer and Paul Gascoigne, still runs fresh in the collective psyche of Scottish football fans who would like nothing better than to exact revenge on their neighbours lying south of Hadrian’s Wall.

As the oldest international football rivalry in the world, every England-Scotland clash carries not just an air of heated sporting rivalry but also a dark undercurrent of political antagonism.

The upcoming clash will be the 115th game between the two sides. Despite England’s inexhaustible talent pool courtesy of the Premier League, England have only managed to win 48 of those games compared to Scotland’s 41 victories.

Ahead of their clash on Friday, here is a brief look back at the 150 years old history of the fixture.

In 1870, Charles W Alcock, a sportsman, administrator and secretary of the Football Association (FA), placed advertisements in Scottish newspapers issuing open challenges to Scotsmen to play a game of football against the English.

A series of five matches were organized and played at The Oval in London.

FIFA does not recognise these matches as most of the Scottish XI was made up of Scots living in London and the fact that the Scottish Football Association had been established in 1870.

The first half ended without either side getting on the scoresheet. It was in the 75th minute when the Scots took the lead through Robert Crawford, an avid sportsman who was also an accomplished cricketer for the Marleybone Cricket Club.

England, who could not let Scotland beat them on their home soil, equalised through Alfred Baker in the 89th minute.

The two countries played four more matches in the series, with England winning three and drawing another.

As news of the series travelled beyond Hadrian’s Wall to the streets of Glasgow, Edinburgh and Aberdeen, there was resentment among locals that the Scottish XI did not include any homegrown players. The feeling was reciprocated by Alcock himself who wrote a letter in The Scotsman.

“I must join issue with your correspondent in some instances,” he wrote.

“First, I assert that of whatever the Scotch eleven may have been composed the right to play was open to every Scotchman [Alcock’s italics] whether his lines were cast North or South of the Tweed and that if in the face of the invitations publicly given through the columns of leading journals of Scotland the representative eleven consisted chiefly of Anglo-Scotians.

“The fault lies on the heads of the players of the north, not on the management who sought the services of all alike impartially.

“To call the team London Scotchmen contributes nothing. The match was, as announced, to all intents and purposes between England and Scotland.

It was decided on October 3, 1872, that an English XI would travel to Glasgow to play a match against Scotland. 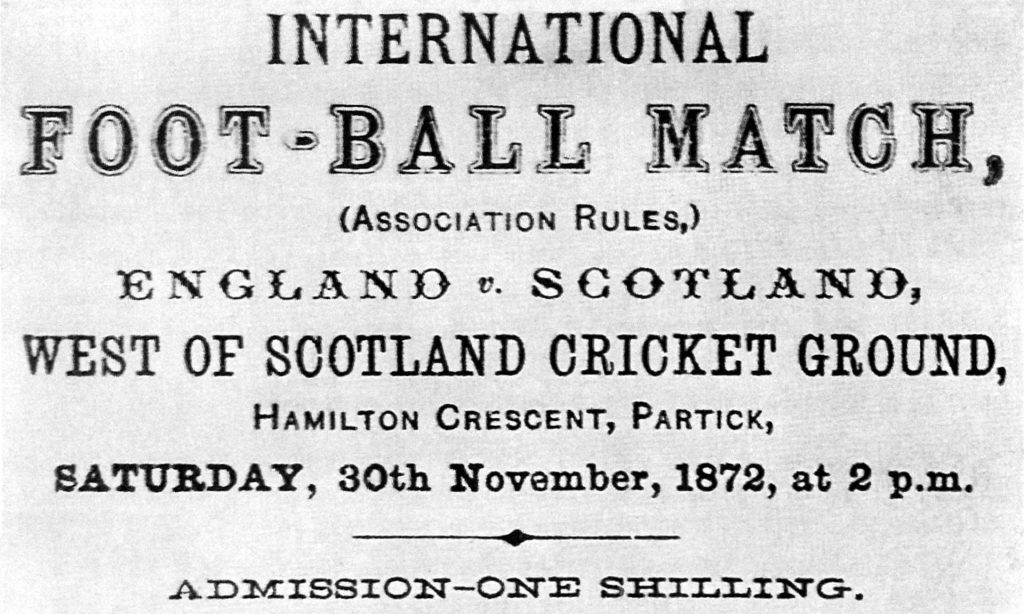 The two teams met on Saint Andrews Day at the West Scotland Cricket Club’s ground in Hamilton Crescent, Glasgow. The entirety of Scotland’s starting XI was made up of players from Queen’s Park, the leading Scottish club of that time.

The match ended 0-0 and is recognised by FIFA as the first official meeting between England and Scotland. It also holds the distinction of being the oldest international match in football’s history.

In 2014, The Scots won a referendum that kept them as a part of the United Kingdom. However, pro-nationalist parties won majority in the Scottish Parliament. In this post-Brexit era, the topic of Scottish independence remains a sensitive and volatile subject.

One of the finest instances of Scottish pride since Sir William Wallace’s victory over the English army at the Battle of Stirling Bridge was Scotland’s emphatic drubbing of England at Wembley in the British Home Championship of 1928.

In case you do not know, the British Home Championship was an annual international tournament between the four countries in the UK – England, Scotland, Wales and Northern Ireland.

In the 1928 edition, Scotland hammered England 5-1 at Wembley and won the moniker ‘Wembley Wizards’.

The King of Afghanistan, Amanullah Khan and Queen Soraya Tarzi graced the pavilion as the Scots ran rings around a hapless English side.

The shocking result was talked about for years to come. So much so that a few decades later, in a booklet published in 1945 by the owners of Wembley at that time, a review of the match goes something like this:

“English football fans shudder when the year 1928 is mentioned. The traditional enemy, Scotland, came to Wembley and gave the Sassenachs a first class lesson in the art of playing football. So much so that, to this day, that Scottish team is still spoken of as ‘The Wembley Wizards’.”

One of Scotland’s greatest victories over their neighbours came in 1967, a year after Sir Alf Ramsey led England to their first ever FIFA World Cup victory.

A Denis Law-inspired 3-2 victory at Wembley in the Home Championship final inflicted England’s first defeat since lifting the World Cup.

In 1977, Scotland’s 2-1 win in another final at Wembley triggered a pitch invasion followed by widespread riots. The Tartan Army descended upon London and even managed to break the Wembley goalposts.

The rampant hooliganism in London and Glasgow in the 1970s and 80s forced the authorities to abandon the fixture altogether.

It was not until the 1996 Euros when the two sides met again.

Paul Gascoigne scoring one of the greatest goals in Euros history and then proceeding to do the ‘Dentist Chair’ celebration remains one of the most iconic moments in the tournament’s history.

England go into Friday’s clash at the back of a 1-0 win over Croatia in their group opener while Scotland will look to make amends after a 2-0 loss against Czech Republic.

While only 2,500 Scottish fans will be gracing the Wembley stands out of a 22,500-strong crowd, tensions are expected to flare up as neither team can afford a defeat.