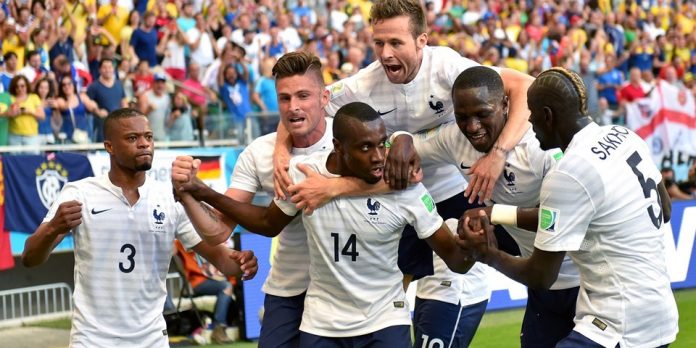 Les Bleus tore Switzerland to shreds for the majority of this game, hitting them with five goals and so nearly made it six, only to be denied by the clock. Didier Deschamps’ men were unstoppable today, as they continue their magnificent turnaround from South Africa’s disaster.

France stun the Swiss with two goals in 67 seconds 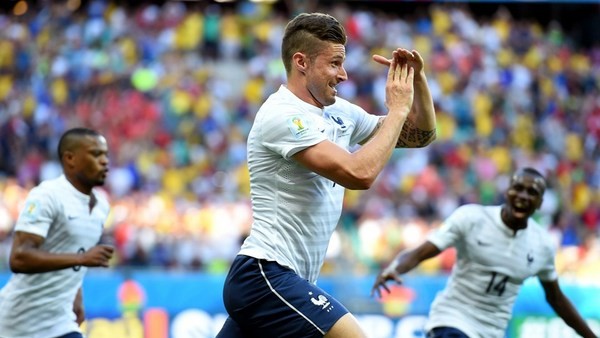 The French got off the mark after 17 minutes when Giroud pounced on a mistake in the Swiss defense and put in a cross for Benzema that is blocked for a corner. Mathieu Valbuena floated a great cross into the throng of players and Olivier Giroud rose above the pack to head goal-ward with great precision. Two Vfl Wolfsburg men, keeper Benaglio and defender Rodriguez, got in each other’s way and the ball flew in between them.

France doubled their lead within seconds of kicking back off, Valon Behrami of Napoli gifting them with a woeful pass back to his defense, that fell right at the feet of Karim Benzema. The French reacted very quickly, streaming forward and the Real Madrid striker fed the ball into the run of Blaise Matuidi. His shot at the near post was precise into the corner but Diego Benaglio will kick himself for not doing better when he watches the replay.

France could have gone three up 15 minutes later but Karim Benzema’s penalty was saved by the Swiss keeper, hellbent on redemption. Johan Djourou was the culprit, putting in a poor tackle when he really should’ve just guarded against the cross, and the ref had no choice but to point to the spot. Paris Saint-Germain midfielder, Yohan Cabaye, misjudged the flight of the rebound and jumped to volley home, but the awkwardness of the shot took it up and off the crossbar. If he had crouched a little to head, or even better used his chest, he had a virtually unguarded goalmouth 5 yards ahead of him. 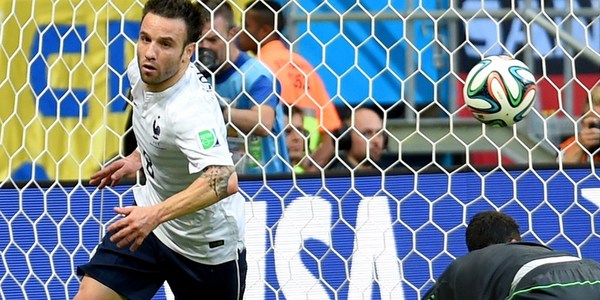 Five minutes before the break Valbuena deservedly put his name on the scoreboard, providing the finishing touch to a fantastic French counter attack. Les Bleus burst almost the entire length of the pitch at lightning pace, Giroud latching onto a long through-ball and looked across the danger-zone where he saw the man that has linked up with him so well for the national team in recent times. The Arsenal striker crossed along the floor and Valbuena made no mistake with the finish. 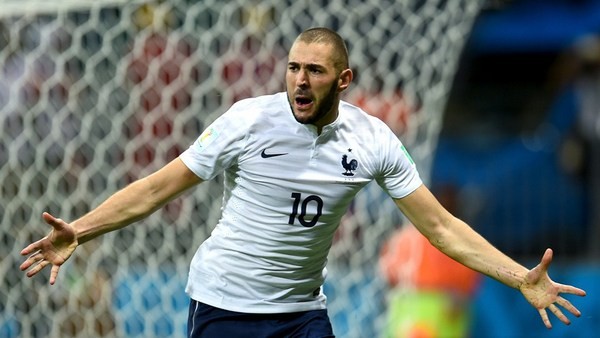 Still ruing his missed penalty but not allowing his head to go down, the 26-year-old striker slotted home a sublime ball from the outside of Paul Pogba’s right foot. The midfielder floated it into the box, out of reach of an outstretched Swiss leg, Benzema dropped onto it behind the last man and embarrassed Benaglio once again by nutmegging the blighted Swiss keeper.

Far from ready to sit back on their lead, Didier Deschamps’ men continued to attack and got a fourth, Benzema this time played provider with a nice ball to Newcastle’s Moussa Sissoko. The keeper could do nothing to stop his hard and low shot into the far corner.

Switzerland launched a late come-back in the last 10 minutes, beginning with a free-kick from substitute Dzemaili of Napoli, who snuck it through the wall and beyond the fingertips of Spurs keeper, Hugo Lloris.

Granit Xhaka got their second in a very similar goal to Benzema’s, cooly finishing an excellent ball played by another Napoli star, Swiss captain Gokhan Inler.

The final action saw a great long range shot from Karim Benzema hit the back of the net but not before the referee had blown the whistle. That makes Benzema’s count of ‘almost goals’ tally 3: a missed penalty, a goal awarded as an own goal off the keeper and one after the final whistle.