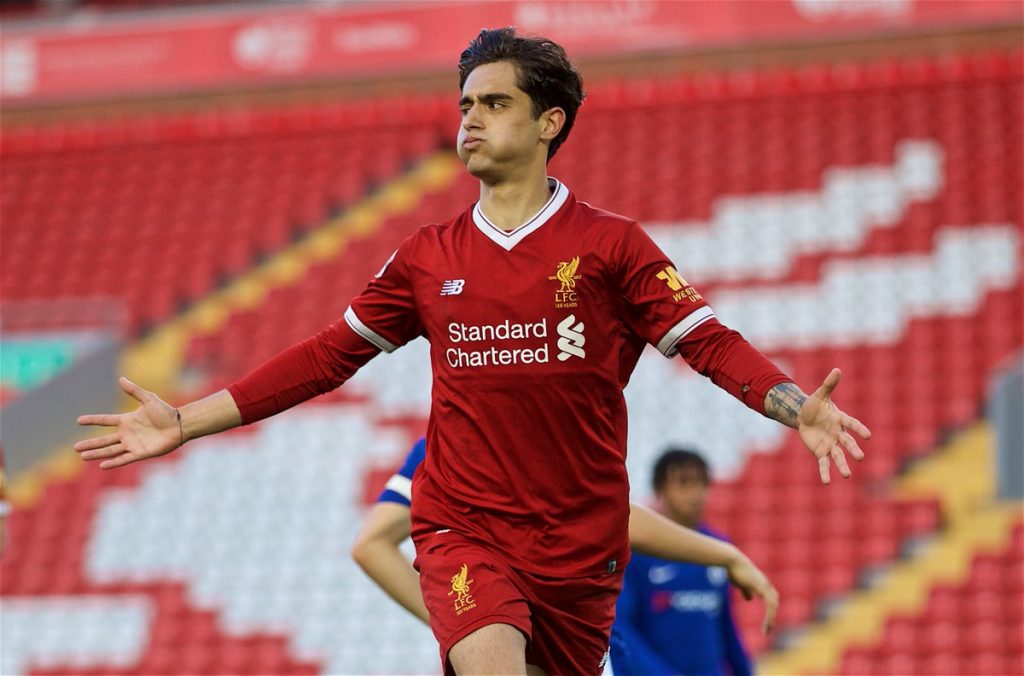 Swansea are expected to sign Yan Dhanda from Liverpool this Friday.

According to reports, the midfielder was offered a new deal at Anfield but he chose to turn it down because of fierce competition in his position.

The 19-year-old is very highly rated by the academy staff at Liverpool and the fans will be very disappointed to see him leave on a free transfer.

The Welsh club are looking to rebuild their side following relegation and Dhanda will be their first signing of a new era.

Swansea will pay Liverpool a compensation fee of around £100,000. The Reds have asked for a 20 percent sell-on clause to be inserted in his contract.

Liverpool paid around £500,000 for the player in 2013 and the England U17 international has been a key member of Liverpool’s U23 squad this season.

He managed to score a last-minute winner against Manchester City and grabbed two goals in the 5-1 win over Chelsea in Premier Two.

Leeds United were interested in signing the midfielder as well but Swansea have offered him the chance to be a part of their first team squad for next season. His excellent technique and composure on the ball should help him to fit into Swansea’s style of football with ease.

Here is how the Liverpool fans reacted to the news.

Such a shame that. Seems a great prospect. Hopefully a buy back?

From what I’ve seen of him he’s very talented but still very raw. Another #LFC case of wanting too much too young. More patience required!

It’s a shame that, he looked boss

Rather insert a buy back clause
That kid is a gem

So gutted I thought he was the next big thing

Yan Dhanda getting released, that comes as a bit of surprise to me , thought he had potential

Shame to see Yan Dhanda is going to be released. Showed potential but never got his chance with the first team.

Shocked to see Dhanda released/leaving LFC. Looked a real player too. Not sure what’s going on with these contracts for the youngsters.