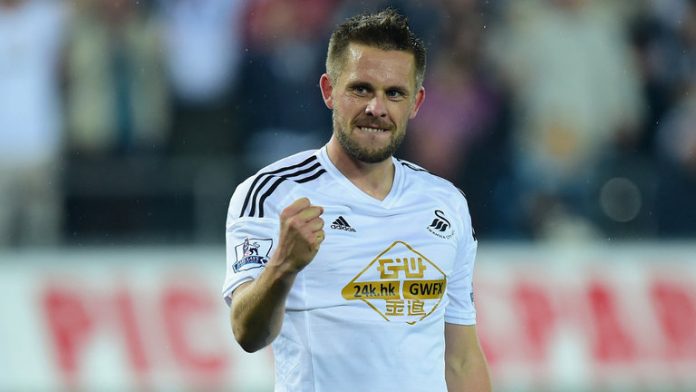 The Toffees have agreed a deal in excess of £45 million to take the Iceland midfielder to Goodison Park from the Liberty Stadium.

Swansea have been linked with their former midfielder Joe Allen from Stoke City, but Walsh insists the club needs to invest wisely in its squad.

“In my personal opinion, I think Gylfi Sigurdsson is irreplaceable.

“Swansea have got a lot of hard work now, (Swansea boss) Paul Clement has got to have two or three players in the pipeline ready to go.

“They’ve got the money now, but they have to use it wisely.

“Joe Allen is talented, but his price has gone up about £10 million after his performances for Stoke last season.

“They need to strengthen up top because you don’t know what (Fernando) Llorente is going to be doing. They need players in two or three different positions.”

In addition to Allen, the Swans have also been linked with moves for West Bromwich Albion’s Nacer Chadli and former striker Wilfried Bony, but Wright thinks Clement has a difficult job in his hands to replace Sigurdsson.

“Outside of the Premier League’s top five teams, Gylfi Sigurdsson is easily the best player. His numbers prove that,” Wright said.

“It’s disastrous for Swansea. This deal has been rumbling on for months and Paul Clement must have been fretting about this day for a long time simply because he knows it’s going to happen at some stage, and now it has happened he knows it’s left a massive void in the Swansea squad.

“However, Everton are getting one of the top players. It’s a fantastic signing for the club, but obviously disastrous for Swansea.”