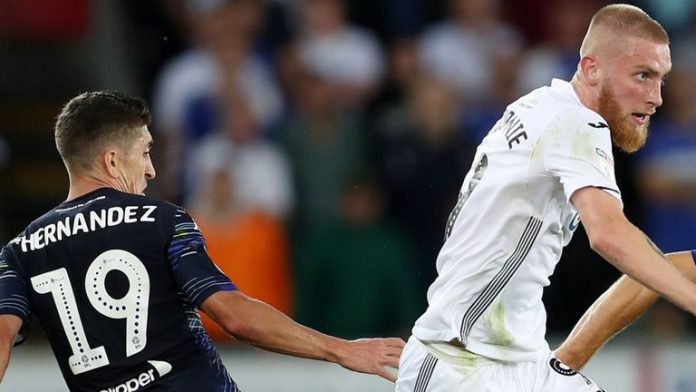 Swansea City visit Derby County on Saturday aiming to bounce back from successive defeats in the Championship.

Losses against Norwich City and West Bromwich Albion have dropped the Swans down to 11th in the table, but they remain just five points adrift of the play-off places.

Tom Carroll and Luciano Narsingh remain on the sidelines for Swansea, but Kyle Naughton, Jay Fulton, Barrie McKay and Wilfried Bony are amongst the players pushing for a place in the starting XI.

Curtis Davies is an absentee for Derby after suffering suspected damage to his achilles during Wednesday’s 2-1 defeat at Stoke City.

Craig Forsyth and Mason Bennett are still out, but George Evans is back in contention following an injury-plagued campaign so far.

Having lost two games in row Swansea will be desperate to return to winning ways this weekend, and manager Graham Potter insisted his team are up for the fight.

“We have come through setbacks and troubles and we need to use that positively and we are not going to lie down under a rock and give up – we are here to do our best,” he told Wales Online.

“I have known where we are at – short-term results can take you away from that, but I don’t get carried away when we win and people mention the play-offs. I am not interested in the table, we have been competitive at the start of a process.

“We went toe-to-toe with West Brom and were the better team and our own mistakes caused us a problem. Over the course we have done a lot well and built a decent foundation, but we have to improve.”