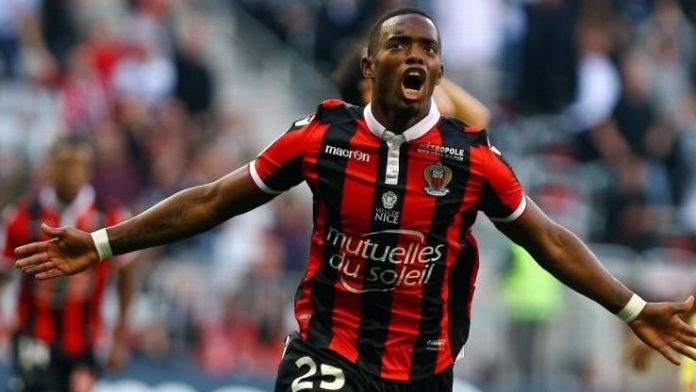 Sunderland could renew their interest in French midfielder, Wylan Cyprien, in the summer provided they avoid getting relegated this term.

According to reports from the Chronicle, the Black Cats will make a move for the Nice midfielder in the summer.         Citing reports from France, it claims that David Moyes is keen to bring the 22-year-old to the Stadium of Lights.

Cyprien was reportedly on Sunderland’s radar in the January transfer window, but due to financial constraints Moyes had to look for other options instead. He signed Darron Gibson, Joleon Lescott and Bryan Oviedo during the winter transfer window to add depth to his squad.

The midfielder has made a big impact after joining Nice from Lens at the end of last season. He has scored six goals in Ligue 1 this season, and has been an integral part of the side that are fighting to win the Championship.

Sunderland have raided the French market in the past, with Lamine Kone, Wahbi Khazri and Didier Ndong all making the switch from France to Wearside in recent years.

Moyes will try his luck and will make a move for Cyprien next summer if Sunderland maintain their Premier League status. The question is, will Cyprien make a move to Sunderland even if the Black Cats avoid the relegation this season? He is having a great time with Nice, and should he continue his development, it won’t be long before big clubs line up with offers for him.

Lack of investment is a major problem for Sunderland. Irrespective of where they end up next season, Moyes will have to sell a few players if he wants to bring in new faces at the club.