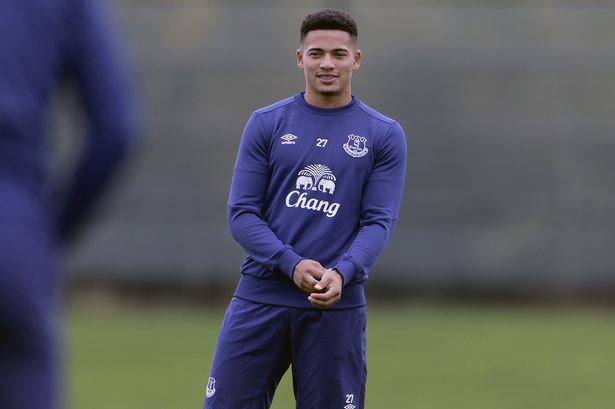 The winger was on loan at Preston last season and Grayson is well aware of his abilities. The report from Sunderland Echo claims that the winger’s move to Sunderland is close to being finalised.

The Everton winger is expected to cost around £2million.

In other news, Everton defenders Tyias Browning and Brendan Galloway are expected to complete their loan moves to Sunderland this week.

According to Sunderland Echo, both players are set to undergo medicals with the Championship club before the transfers can be confirmed. Sunderland Echo are also claiming that Tyias Browning and Brendan Galloway could be unveiled today with Aiden McGeady set to follow from Everton.

Grayson is keen on improving his back four and has identified the Everton youth players as his summer targets.

The new Sunderland manager has worked with Browning at Preston and will be looking to get the best out of him next season. The 23-year-old defender can play as a right-back as well as a centre back and his versatility could make him very useful for the Black Cats.

Meanwhile, Galloway will add some stability to Sunderland’s left-back position. The young Everton defender was on loan at West Brom last season and although he did not play regularly for the Baggies, he has shown the ability needed to succeed at this level.

Grayson will be looking to get Sunderland back into the Premier League as soon as possible. In order for that to happen, Sunderland will need to have a good transfer window. Considering their limited resources, these loan moves could prove to be a masterstroke from the former Preston boss.