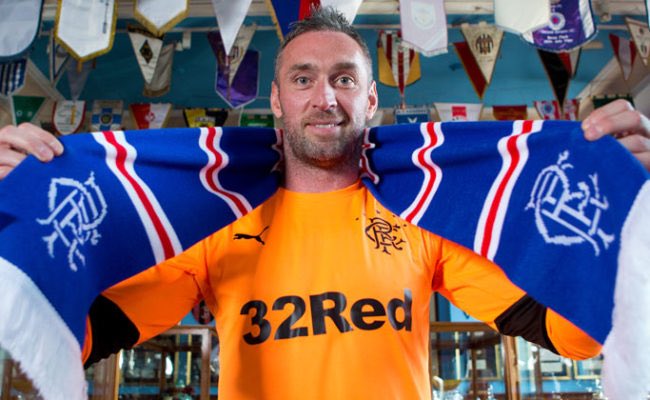 The former Rangers striker has showered heaps of praise on McGregor following his heroic performance against Maribor in the Europa League clash on Thursday.

The 36-year-old was re-signed for the Gers by Steven Gerrard in the summer on a free transfer, a move the Rangers boss has said was a no-brainer for him.

He became one of the the eleven signings Gerrard has made since taking charge of the Glasgow club this summer. And so far he has been brilliant for the Scottish Premiership giants.

Apart from making some brilliant saves throughout the game, McGregor saved a 90th minute penalty from Marcos Tavares and ensured Rangers keep a clean sheet.

Rangers drew 0-0 on the night and progressed 3-1 on aggregate. And with that, they have reached the playoff phase of the Europa League qualifiers.

Thompson, who played alongside McGregor during the goalkeeper’s first spell at Ibrox, labelled him as a match winner after his heroic performance.

“He’s been an incredible signing,” Thompson told BBC Sport. “He’s a presence on and off the pitch, he’s an organiser and he’s as hungry as ever.

“He is a match-winner and gives the team a platform to stay in games and be successful.”

Many fans questioned Gerrard’s decision when McGregor was signed for free, but what a masterstroke decision it has turned out to be!