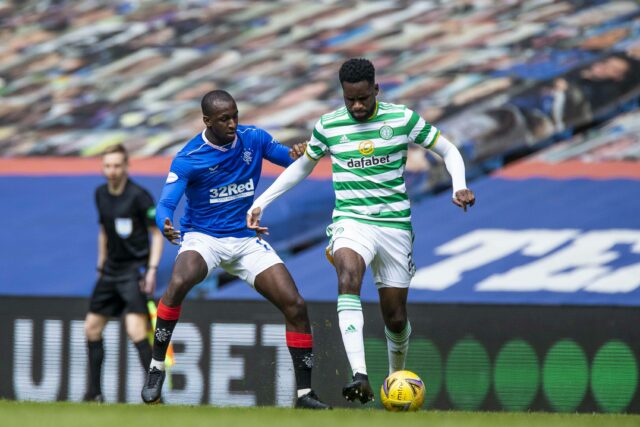 Rangers boss Steven Gerrard has hailed Celtic striker Odsonne Edouard as ‘one of the best’ players in the Scottish Premiership.

The Gers, who have already clinched the SPFL title, won 4-1 against their Old Firm rivals to maintain their unbeaten run in the league.

It has been a terrific season for the Ibrox club, who also did well in the Europa League.

However, Rangers needed a strong performance following their disappointment in the domestic cup competitions.

The Gers boss was analysing Jack Simpson’s performance for Rangers.

The 24-year-old defender started the match, with the Gers missing the likes of Filip Helander and Leon Balogun due to injury.

Gerrard has suggested that Simpson did a brilliant job and that he will get better. It was a tough challenge for him to compete against Edouard.

Gerrard told Herald Scotland: “He had a couple of moments within the game. We’ll analyse his performance and so will he, because he’s a kid who wants to get better.

“I thought he did a lot of things well. He was up against one of the best players in the league in Edouard, who gets assisted well by Elyounoussi and Turnbull. It was a tough challenge for him.”

This has been a disappointing campaign for Celtic, but Edouard has done well for them.

The French striker has scored 16 goals and provided five assists in the Scottish Premiership this season.

He has a contract at the club until 2022, and chances are high that Celtic will sell him in the summer transfer window.

In other news, Newcastle are interested in signing Celtic defender Kristoff Ajer.