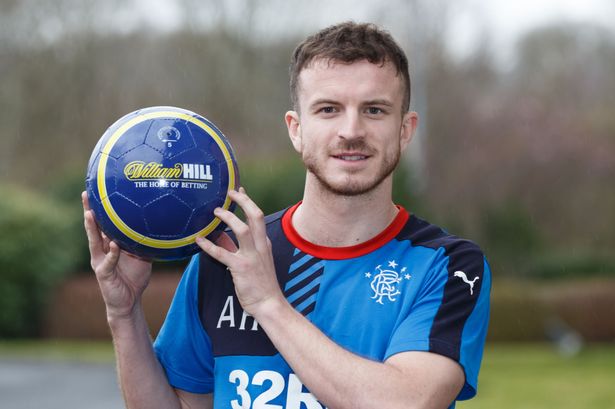 Glasgow Rangers midfielder Andy Halliday has impressed in recent games and Steven Gerrard says he is the unofficial captain for the Ibrox club.

The 26-year-old joined the Gers in 2015 and at one point it looked he would be on his way out this summer.

However, he has been outstanding for the Ibrox club, and has put in some fantastic performances under Gerrard.

From the brink of exit, he has now established himself as a key player for the club.

Gerrard has hailed the midfielder saying he is the ‘unofficial’ skipper of the team.

The Liverpool legend admitted that when he came on he needed time to observe players both on and off the pitch. He found Halliday perfect since day one.

Gerrard says that it was a bit of a shock to read and hear about Halliday whose performance came under criticism last season.

However, Gerrard adds that he is a leader in the team who glues everything together and is someone who cares about the club.

Rangers will face St Johnstone at Ibrox on Sunday in the Scottish Premiership clash.

“I love Andy Halliday,” said Gerrard as quoted by The Scottish Sun.

“When I came in there was a list of players. Some had ticks, some had question marks and some had crosses. It was important to see them close up, eye to eye, in a few sessions, to see if they had the ability or the level.

“At the same time, you are looking at them off the pitch to see what type of characters they are. Andy has just been perfect since day one.

“It was a bit of a shock, really, from what I’d heard or read. His performances are getting stronger and stronger.

“He’s almost like a captain in the dressing room. In fact, he is the unofficial captain of this club. He glues everything together.

“He helps the foreign lads a lot and he’s someone who cares about the club. You need these people about. I honestly can’t fault him off the pitch either, he’s been magnificent.”