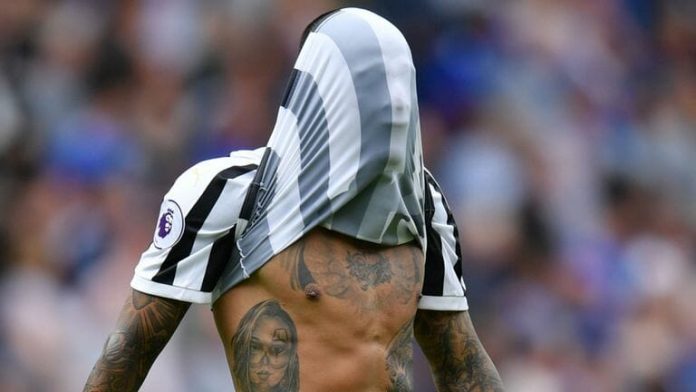 Newcastle were held to a 0-0 draw against Cardiff City earlier today.

Rafa Benitez will be disappointed with the result especially because his side had a great chance to win the game at the last minute.

Brazilian winger Kenedy missed a penalty in injury time and the Magpies had to settle for just one point.

He shared his thoughts on the Brazilian’s performance and the penalty miss on Twitter earlier.

Sums up Kenedys performance, awful game as a whole, but a point is s point

Kenedy was a crucial player for Newcastle at the back end of last season and it will be interesting to see whether he can rediscover his magic once again.

The Brazilian had a decent game against Tottenham last week but he failed to make any impact against Cardiff City.

Newcastle have dropped 5 points in their first two matches now and Benitez needs to ensure a swift comeback in the next game.