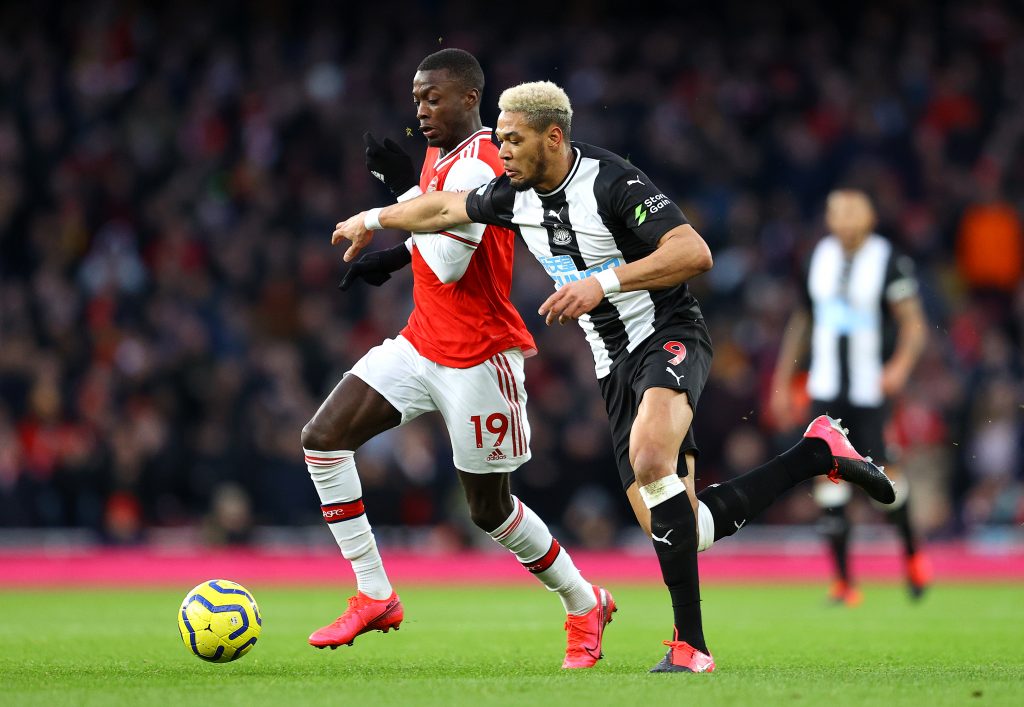 Newcastle United manager Steve Bruce has urged Joelinton to be more selfish in front of goal.

The former Bundesliga man has scored just one goal in the Premier League so far and that is simply not good enough.

Although some of his general play has been impressive, he needs to get more goals for his side.

Speaking the media after the Arsenal game, Steve Bruce said: “Joelinton has got to learn and improve. He has to be in the box more often. We have to keep reminding him to get in the box and be more selfish. Strikers are judged on goals. He played well, led the line well but he’s got one goal all season in Premier League”.

Newcastle struggled in front of goal against Arsenal last night. They were beaten 4-0 in the end but the lack of goalscoring threat will be a major concern for the Magpies.

They are in desperate need of a goalscorer. Joelinton seems like a player who would excel as a second striker with some creative responsibilities.

It will be interesting to see if Bruce manages to transform the Brazilian into more of a poacher in the coming weeks.

Newcastle paid big money for him in the summer and they would have expected more goals from him. With the midfield lacking in goals, Joelinton has to carry the goalscoring burden for his side.

The 23-year-old has never been a prolific goalscorer in his career and perhaps it was a mistake not bringing in another poacher in January.