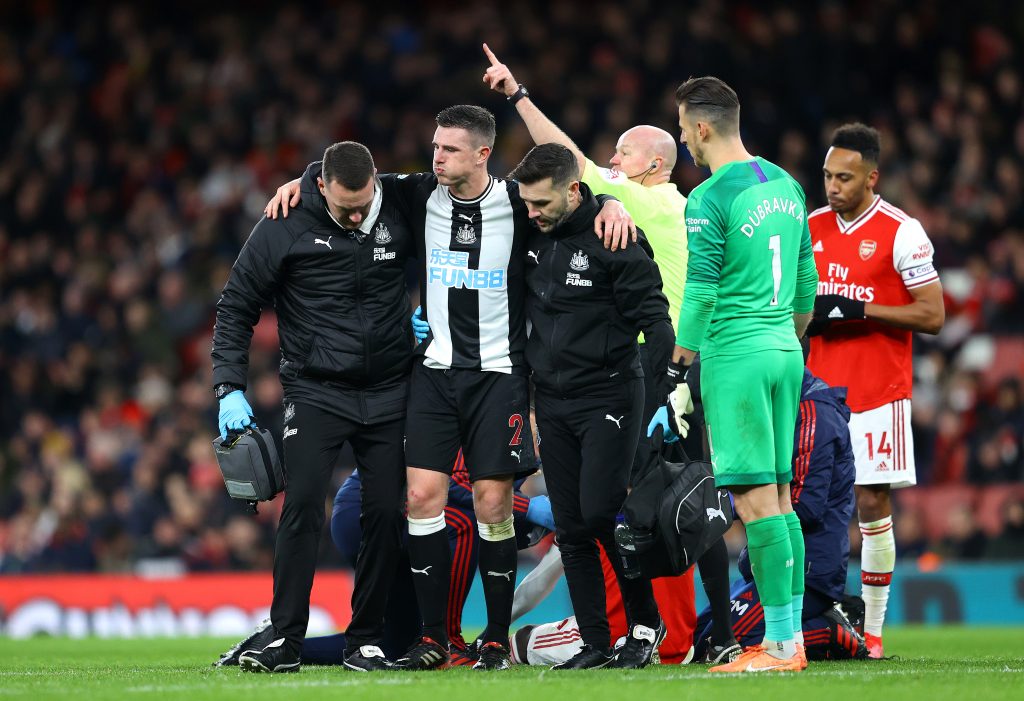 Newcastle defender Ciaran Clark is set to be sidelined for several weeks following his surgery.

Clark injured his ankle ligaments against Arsenal last month and he won’t be able to recover in time for the Euros.

The 30-year-old has no chance of playing again this season and he is highly unlikely to take part in the Republic of Ireland’s Euro 2020 campaign, Steve Bruce has confirmed.

Bruce said: “Ciaran Clark had an operation on his ankle too. He’ll just have to recover. If they qualify, then I think it would be unlikely if the Euros were to start on June 12. I can’t see it. Maybe, though.”

Newcastle have already lost Martin Dubravka for a few weeks. It will be interesting to see how they cope with their injury problems if the season resumes next month.

Currently, the Premier League games have been suspended until the start of April.

Clark will be disappointed with such a long lay-off and he will be gutted to miss out on the Euros if the tournament takes place.

Unless the Coronavirus pandemic is brought under control, the summer tournament is likely to be postponed until 2021.

Meanwhile, Newcastle fans will be hoping to see their players back in action again this season.

There have been rumours that the season could be cancelled if football cannot be resumed soon. Whatever happens, Newcastle are in no danger of going down and therefore the fans won’t have a lot to worry about in terms of football.