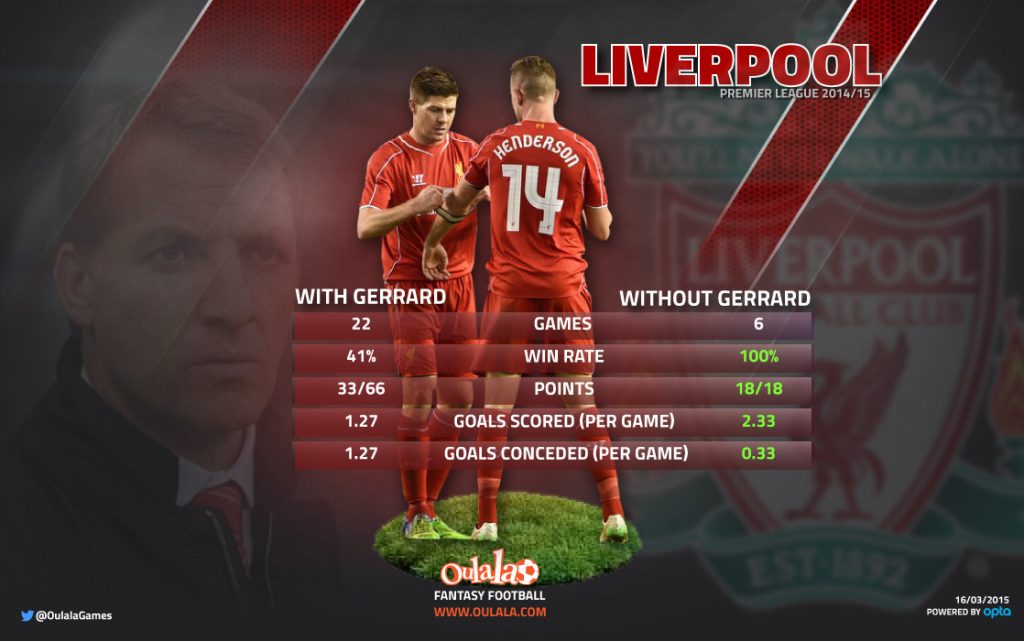 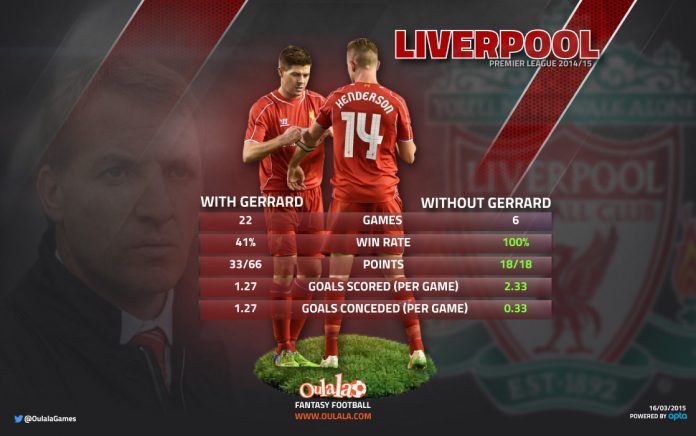 Liverpool manager Brendan Rodgers faces a difficult decision tonight as captain Steven Gerrard returns from a hamstring injury that has kept him out of the side for the last seven matches.

The Reds visit the Liberty Stadium to face Swansea City in the Premier League with all three points crucial in the side’s chase for Champions League qualification after both Arsenal and Manchester United picked up wins over the weekend.

Will Rodgers stick with the same team that has enjoyed an excellent run of form of late or will he bring his captain straight back in to the side?

Opta-powered fantasy football game Oulala took a look at Liverpool’s Premier League record throughout the season, both when Gerrard has played and when he has been absent. Looking at the numbers in more detail, it is quite clear as to what Rodgers ‘should’ do.

In the 22 games that Gerrard has appeared, Liverpool have a relatively low win rate of just 41%, picking up just half the points on offer, 33 of the possible 66. They have scored 28 and conceded 28, at a rate of 1.27 goals per game at both ends of the pitch.

The 34-year-old has missed a total of 6 Premier League games this term with the side performing excellently in his absence. Liverpool have enjoyed a 100% record with 6 out of 6 wins, picking up 18 out of 18 points in the process. They have scored far more without him in the team (2.33 goals per game) and conceded far less (0.33 goals per game).

It could be argued that it is unfair to compare 22 games to 6 but when the 6 include wins over the likes of Manchester City and Southampton, Rodgers decision as to whether to reinstate his captain becomes a far trickier one.