Stan Collymore reacts to Rangers win vs Celtic on Twitter 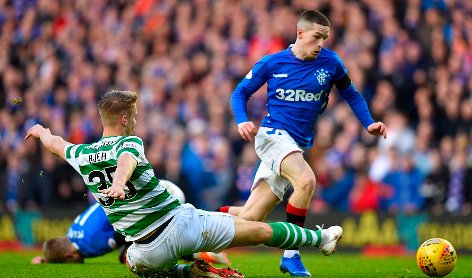 Glasgow Rangers move level with arch rivals Celtic at the top of the Scottish Premiership table after earning a deserved victory in the Old Firm derby clash at Ibrox.

The Gers earned a 1-0 victory at the Ibrox and secured their first victory over them in 16 matches.

Steven Gerrard’s side produced a convincing display and were arguably the better side of the two. It was Rangers’ first win over Celtic since 2012.

Collymore was impressed by Rangers performance, and has rightly hailed them as the “better team”. He added in another tweet that Celtic as a club are in “fine fettle”.

Rangers better team by far. For Celtic a regular test may now come, in the form of the oldest foe, and that will spook one or two who are used to an annual cake walk in recent seasons.

Those spooked regularly must go, with new Hoops taking it to even higher levels. ?

Out of every adversity there’s room for reflection, then action, then growth.

Celtic from top to bottom as a club are in fine fettle.

Just make sure that current feeling in the away dressing room permeates every player, fan and director and the challenge is accepted.

Ryan Jack scored the decisive goal during a one-sided first half. Celtic remain in first place in the league on goal difference, and they still have a game in hand.

Rangers enjoyed 53% of possession, and registered 14 shots during the game, according to BBC Sport.