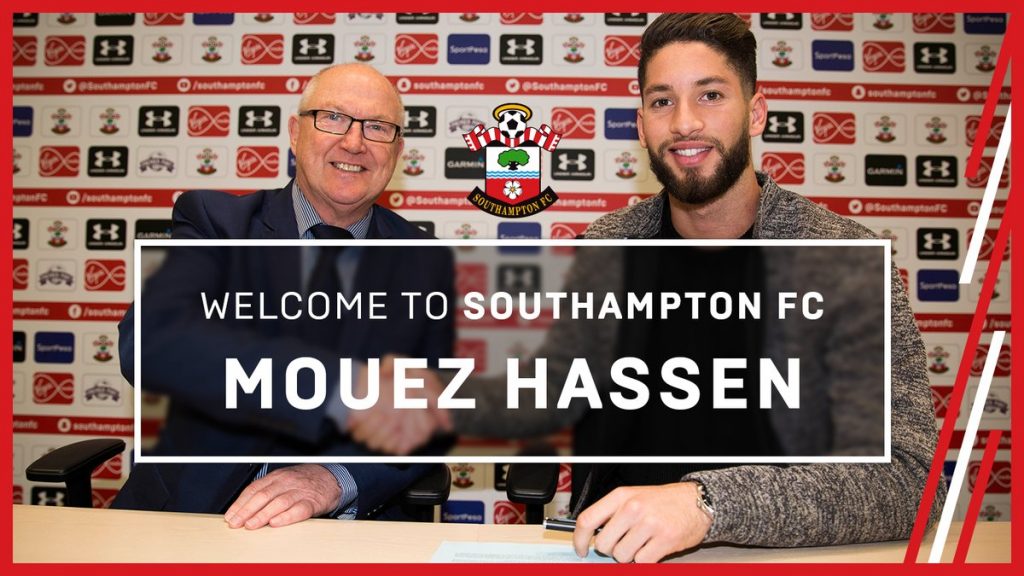 Southampton have confirmed the signing of goalkeeper, Mouez Hassen, from French club, Nice. The Premier League club have announced the news on their official Twitter handle.

The 21-year-old highly promising goalkeeper joins from Nice on a temporary deal till the end of the 2016-17 campaign. He passed his medical on Sunday and will be reunited with his former manager, Claude Puel.

His arrival means Puel has five senior goalkeepers at his disposal with Fraser Forster, Alex McCarthy, Harry Lewis and Stuart Taylor being the other options.

Puel had worked with Hassen previously during his time in charge of Nice. The goalkeeper has struggled to earn first team place due to the form of Yoan Cardinale, and he will be hoping to get a few games at his new club under his belt.

It’s a pleasure for me to come to England for the first time and I am really happy to get to know the Premier League.

Hassen has made more than 50 appearances for the Ligue 1 club since emerging from their youth academy in 2013. His breakthrough season came during the 2013-14 campaign, where he made five appearances in total before enjoying his most successful season to-date in 2014-15.

He has also represented France at all age group levels, from the Under-16s all the way through to the Under-21s, winning 14 caps in total.

According to reports from the Daily Mail, Southampton are also close to completing the signing of Napoli striker, Manolo Gabbiadini. The 25-year-old, who has six caps for Italy, is set to have a medical on Tuesday.