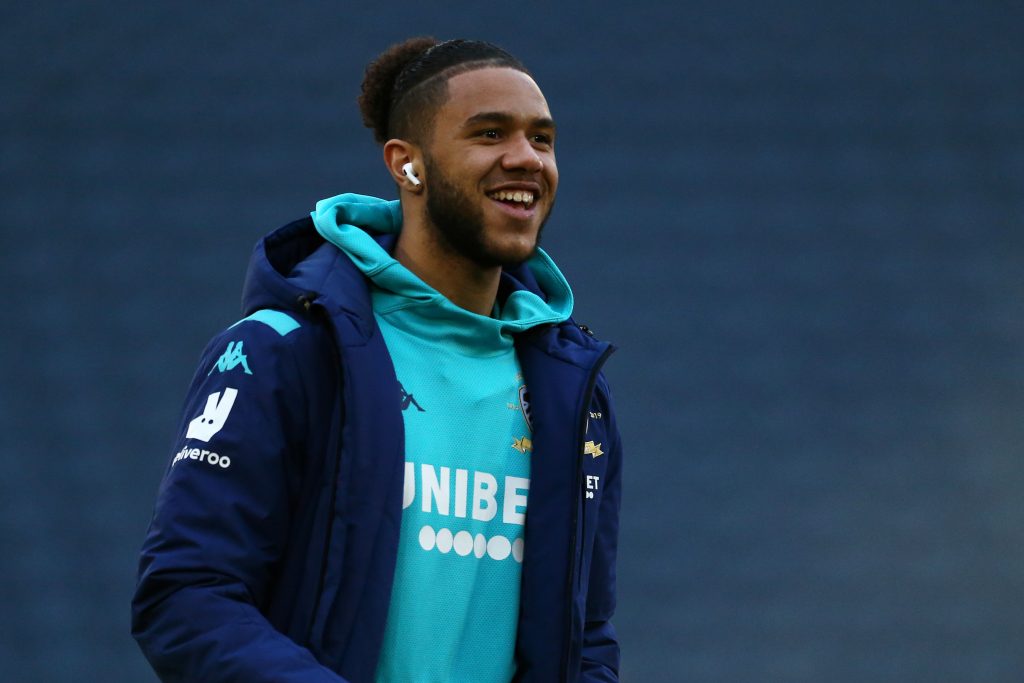 Some Leeds United fans have taken to Twitter to give their reaction to the performance of Tyler Roberts against Stoke City on Thursday evening.

Roberts, who can operate as a striker, winger or attacking midfielder, was in action for Leeds in their Championship game against Stoke at Elland Road this evening.

The 21-year-old started the match and played for the first 45 minutes, as Marcelo Bielsa’s side won 5-0 against the Potters with ease.

Roberts did not have a great game on a personal level and missed a very good chance.

According to WhoScored, the youngster took three shots of which two were on target, played one key pass, had a pass accuracy of 61.1%, took 24 touches, attempted one dribble, and made one tackle.

The win against Stoke has enhanced Leeds’s chances of clinching automatic promotion from the Championship to the Premier League at the end of the season.

Some Leeds fans were not impressed with the display produced by Roberts and have criticised him on Twitter.

Hernandez and Alioski on for Klich and Roberts please Marcelo. #lufc

Just don’t rate Roberts. Why can’t we just have a goal scorer 😢 #lufc

how did roberts not score