Today’s roundup is brought to you by the lovely Gemma Atkinson, who has unceremoniously dumped Marcus Bent and is waiting for your phone call focusing on her career instead. Maybe this will be the last time we ever need to hear, think or talk about whats-his-name?

A note to David Beckham fans (there *must* be some of them online as well, right?) – the #32 Milan shirt looks quite nice and it is available for pre-order now.

Real Madrid have bought Lassana Diarra (or ‘Lass’, as he will be called in Spain) from Portsmouth for 20m. 20-fucking-million-pounds. I know he’s a good player but his temperament is more Robinho than Raul, and the last thing Real need at the moment are ambitious primadonnas who will move if they’re not getting first-team football. Or maybe that’s the first thing they need? Lass can give Madrid the grit they need to go up against a team like Liverpool and come out on top. Fingers crossed, and if he can help Madrid knock Liverpool out of the Premier League, I don’t think anyone willl care what else he does or what he calls himself.

Michael Owen has publicly committed himself to Newcastle till the end of the season and said that he’s willing to accept a pay-cut. He’s carried himself admirably considering the sheer amount of trees cut down to print rumours carrying him from Newcastle to all parts of England (and US), and he’s right to say that this is probably the last big decision of his club career (or second-last, assuming he’ll retire on his own and not due to injury).

BD Condell shares his thoughts on the Best Footballers of 2008 and Top 20 Young Footballers for 2009.

Leeds have brought on Simon Grayson as their new manager. Gus Poyet was the bookies favourite to take over but Grayson was a close second and after Blackpool allowed Leeds permission to talk to Grayson, the deal was done quite quickly.

John Terry did NOT deserve a red card. Yellow maybe for an off-the-ground one-footed-lunge but no-where near a red card. See the video evidence for yourself.

And finally…why are Arsenal *this soft*? 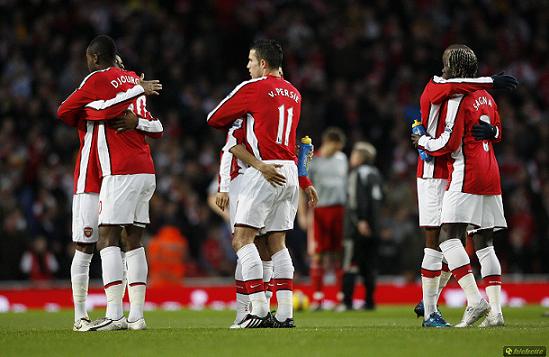 Too much hugging post-game and not enough spirit shown during the game. Arsenal need men, not touchy-feely boys.Over to you.
Join our Telegram channel to stay up to date on the latest in marketing