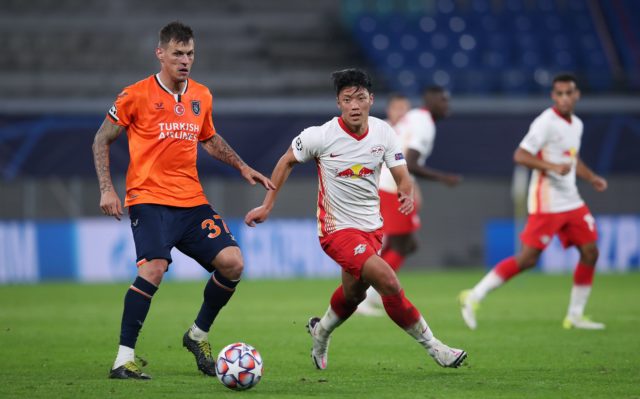 According to Sky Sports journalist, Kaveh Solhekol, West Ham United are looking to make a few signings towards the end of the January transfer window.

Along with signing Jesse Lingard on loan from Manchester United, one of the players the Hammers are currently looking at is South Korean striker Hee-Chan Hwang.

West Ham are looking to sign a striker this month following the departure of Sebastien Haller who joined Ajax.

The Hammers have been linked with a host of strikers this month, and Solhekol has claimed that the West Ham board are ready to back David Moyes with funds this month.

He claims that the final decision rests with Moyes who due to the pandemic hasn’t been able to personally scout the players the club has targeted this month. Moyes is not willing to make a panic buy and he feels he can still manage with the squad he has got.

However, the Hammers board are ready to back their manager and they are happy to do a deal for the South Korean.

🗣"The message from the board is they will back Moyes"@SkyKaveh runs through the latest on West Ham's attempt to sign RB Leipzig's Hwang Hee-chan & Manchester United's Jesse Lingard on loan pic.twitter.com/FWQolMYRZy

Earlier this week, Sky Sports Austria claimed that the Hammers are looking to sign the RB Leipzig striker on loan this month.

He scored 45 goals in 126 appearances for Salzburg but has failed to make an impact for the German club. Hwang has managed only seven substitute appearances for Leipzig this season.

The South Korean is frustrated with lack of game time and the Bundesliga club are happy to let him go out on loan.

The 24-year-old is a versatile attacker who can also play as a left midfielder, and signing him on loan makes a lot of sense.