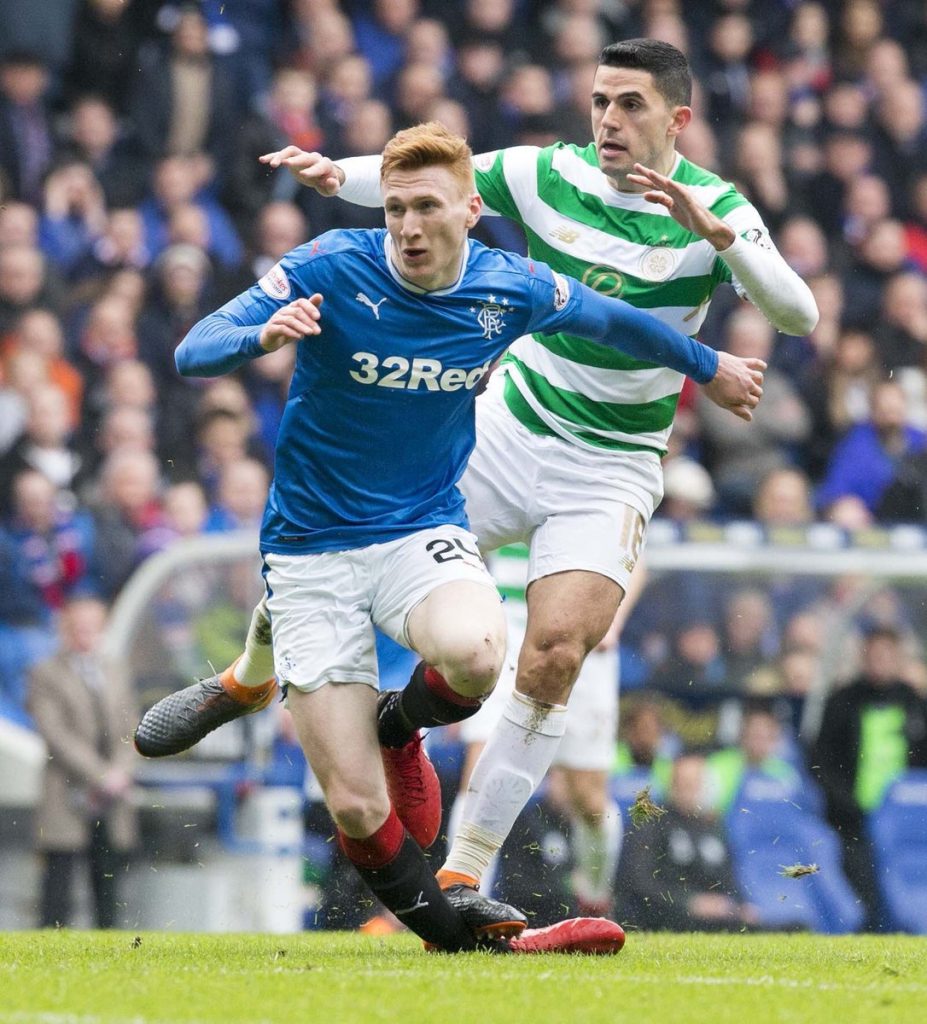 Celtic took a massive leap towards securing their seventh consecutive Scottish Premiership title after beating Glasgow Rangers 3-2 at the Ibrox Stadium on Sunday.

The Gers came into this match with full confidence having won their previous six games in all competitions. Graeme Murty’s men started the game on a high note when Josh Windass gave them an early lead inside the first three minutes.

The Bhoys quickly responded through a sensational left-footed strike from Tom Rogic. The breathless first half also saw Daniel Candeias putting the hosts in front and Celtic restoring parity through Moussa Dembele.

After the break, Celtic went down to 10-men after Jozo Simunovic earned a red card for an elbow into the face of Alferdo Morelos.

Odsonne Edouard cut inside onto his right foot to strike the ball into the far corner in the 69th minute to seal the tie in the Bhoys’s favour.

Scott Bain, the on-loan goalkeeper making his Celtic debut after Dorus de Vries suffered an injury in training on Friday produced some good saves in the match.

With just two minutes to go, Morelos got a golden opportunity to level the tie but he could only hit the post from two yards out.

Celtic now have taken a massive nine point lead at the top, and after this result Rangers’ potential title challenge is as good as over.