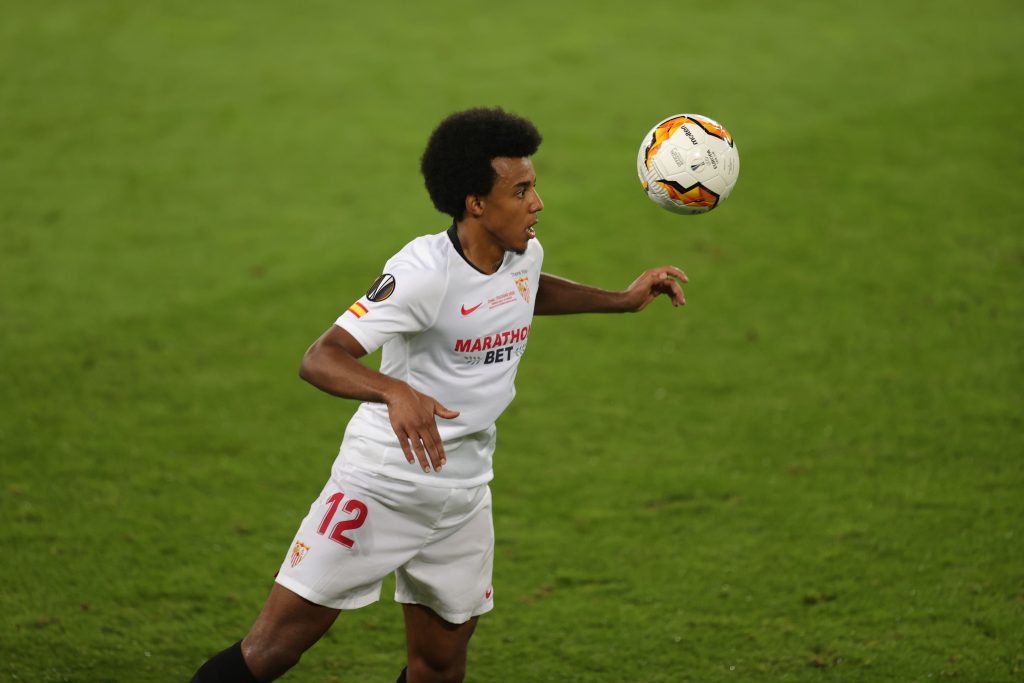 Sevilla have lowered their asking price for defender Jules Kounde, according to the Sun.

Kounde joined Sevilla from Bordeaux in the summer transfer window of 2019 for an estimated €25 million.

He has become an important part of their side since then, earning a place in the 2019/20 Europa League Squad of the Season as his side lifted the trophy.

This form has attracted the attention of some of England’s biggest clubs. Manchester City tried to sign the 22-year-old last summer but opted instead for Benfica man Ruben Dias.

Meanwhile, bitter rivals Manchester United are known admirers of the Frenchman and are expected to challenge for his signature ahead of next season.

Now the Red Devils have been given a welcome boost in their bid for his services, with the Sun reporting that Sevilla have lowered their asking price for the defender.

It was believed that the Andalusians initially wanted around £70m for Kounde. However, new reports suggest they will settle for about £50m.

Ole Gunnar Solskjaer’s side will welcome a new centre-back at Old Trafford. Man Utd have scored the second-highest number of goals this term, but have failed to sustain a title challenge due to a backline that conceded more than one per game.

Solskjaer’s current options at the heart of defence are Harry Maguire, Victor Lindelof, Eric Bailly, Phil Jones and Axel Tuanzebe. There have been many question marks over all of these five in recent seasons.

Furthermore, Bailly and Tuanzebe both have just over one year remaining on their current contracts, leaving them susceptible to a cheap move in the next transfer window.

It is unlikely that Man City will be back in for Kounde. Dias has thoroughly impressed at the Etihad, while John Stones, Aymeric Laporte and Nathan Ake continue to fight for the other centre-back spot.