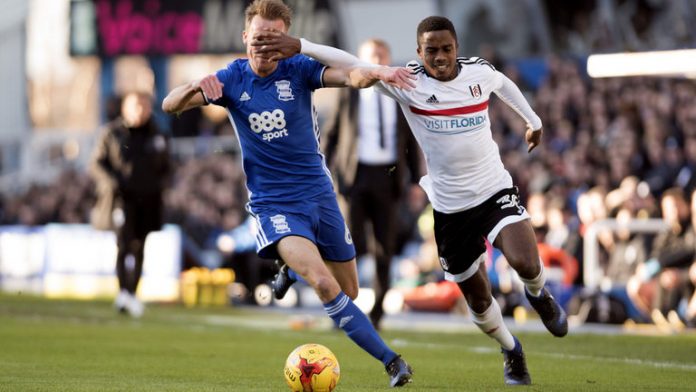 Tottenham Hotspur already have a deal in place to sign Fulham star Ryan Sessegnon in the summer.

The 17-year-old has made a stunning impact at Fulham, scoring 19 goals in 65 appearances for the club.

Former Fulham striker Leroy Rosenior is a big admirer of Sessegnon and he told the Totally Football Show that he will join Spurs at the end of the season.

“I think that a deal has been done for Ryan as teams have been in for him,” he said.

“It’s a Premier League side with strong rumours of Tottenham.

“I wouldn’t be surprised if other sides have been in for him as well.

“He’s stays at Fulham before moving in the summer. His future is already mapped out.”

“Ryan has great potential. He is one of those players who you think he’s not a left-back and not a left-winger. He could be an amazing player.”

Sessegnon has quickly developed into one of the most sought-after players in England since making his senior debut in August 2016.

He has scored 12 goals in 32 appearances in the Championship this term and he was strongly linked with a move to the Premier League during the January transfer window.

With Fulham chasing promotion to the top flight they refused to entertain offers for their star players, but Rosenoir’s comments suggest that will change at the end of the season.