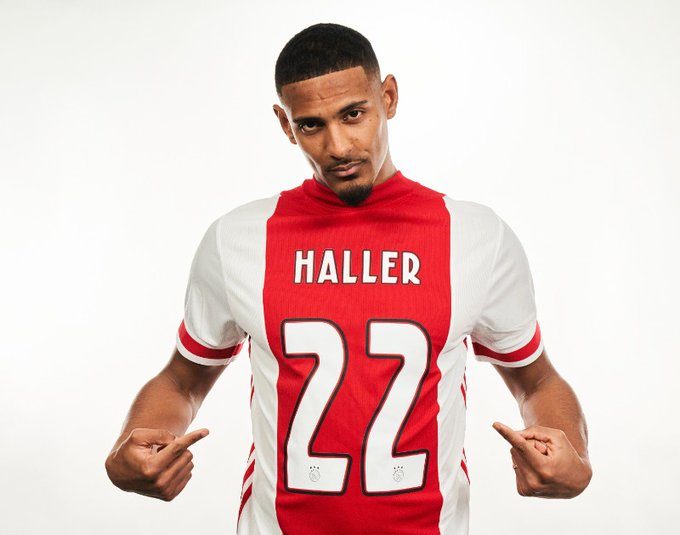 The 26-year-old joined Dutch heavyweights Ajax yesterday for £20.25 million – around half of the club-record fees the Hammers parted with for his signature 18 months ago – on a four-and-a-half-year deal.

Haller ended his time with West Ham with 14 goals in 54 games in all competition, and it isn’t a particularly impressive return for a striker who commanded a £45m fee.

David Moyes’ side will now look to bring in a replacement before the January transfer window shuts, and it’s safe to say Haller won’t be missed.

The French-born striker will now look to prove himself at Ajax, and he has taken to social media to say his goodbyes:

A chapter in my career ends. I would like to tx everyone 4 their support & help during this journey. I learned a lot during this 1,5 year. I would liked to get more success but these are part of a football career. Tx 4 what the club brought me. I wish to all the best #COYI⚒ pic.twitter.com/q0FUfMJ2qX

The former Eintracht Frankfurt hitman bagged 33 goals in 77 appearances for the Bundesliga side, ending 2018-19 with 15 league goals and nine assists – a goal involvement bettered only by Bayern Munich’s Robert Lewandowski’s 29.

However, Haller couldn’t adapt to the demands of the English top-flight, and some West Ham players were reportedly frustrated by what was perceived to be a lackadaisical approach.

The Ivorian struggled to adapt with how manager David Moyes wants his strikers to play, and an exit was the best way out for both parties.

Michail Antonio sets the tone from the front for the whole team, but Haller doesn’t have that work-rate in him, and that didn’t do him and the club a lot of good.