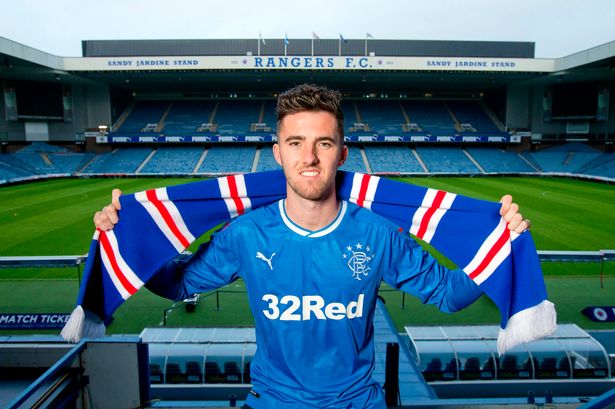 Glasgow Rangers closed the gap with arch rivals Celtic at the top of the Scottish Premiership to six points after beating St Johnstone on Tuesday.

The Gers registered a 4-1 victory and clinched their fifth straight win in all competitions in the process.

After the match, Sean Goss, on loan from Queens Park Rangers, took to social networking site Twitter to express his reaction. He tweeted:

Yessssss another top night for the boys!!?✔ pic.twitter.com/mRt9M8NKU5

Goals from James Tavernier, Josh Windass, Goss and Morelos earned all three points for the visitors.

The 22-year-old has been in excellent form since his move to Rangers in the January transfer window. Rangers boss Graeme Murty has said recently that the club will be looking to to make his deal a permanent one, but it won’t be easy to do.

Fellow teammate Eduardo Herrera took to Twitter to let him know he is a quality player.

Rangers fans responded to his tweet and praised his performance. Here are some of the selected tweets:

No give him a contract NOW

Hope rangers are looking to keep you permanently. Fastly becoming a fan favourite, keep it up mate.