According to reports from the Daily Mirror who have quoted reports from the Italian media, Liverpool had a scout to watch Lazio attacking midfielder on Monday. The capital club moved to third in the Serie A standings with a fantastic 4-0 win over Fiorentina.

Scout Report: Anderson is an immaculate attacking midfielder which dazzling dribbling ability. His ability to take on opposition defenders comes naturally while his hold up play is brilliant. This could well aid Liverpool if they sign the 21 year old who can bring fellow team-mates in the game with his flair.

Moreover, Brendan Rodgers has always shown the courage to give youngsters a chance to showcase themselves on the pitch. So what would he bring to the Anfield side? Anderson is superb at retaining possession for his team with his holding the ball abilities. He also has a good passing range with 79% accuracy and is not afraid to go for the long ball when required. 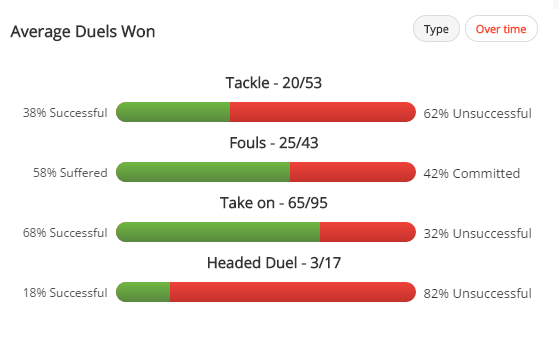 As the above graphic from Squawka shows, he is 68% successful with his take ons and suffers 58% fouls, which means he is likely to win on on one battles. Defensively, he might not be reliable but given his attacking prowess, he easily slot in the number ten role for Liverpool beside countryman Philippe Coutinho and Englishman Raheem Sterling.

Anderson has 7 goals and 8 assists in 23 matches this term and has been a driving force for Lazio in their quest for a Champions League berth next season. However he has a contract with Lazio till 2018. But the report from Mirror claims that the Stadio Olimpico side could cash in for the player if any potential suitor is ready to pay £20m for the player’s services.

It is believed that both Manchester clubs along with Chelsea are also interested in Anderson who could well jump at the move to join a Premier league side if they come calling.