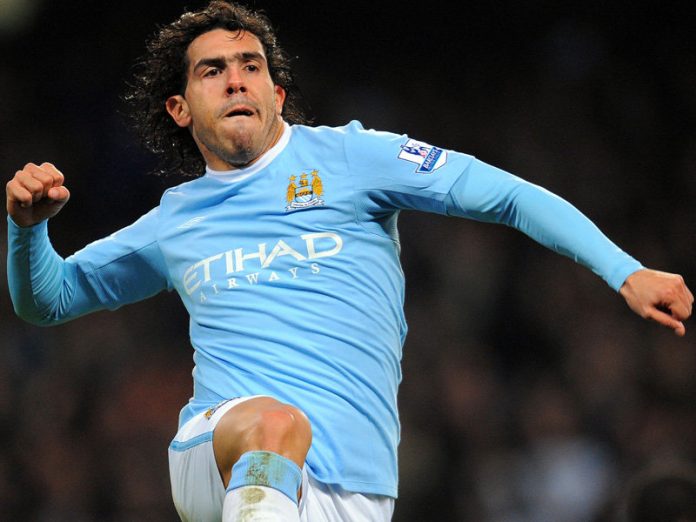 On compiling a piece previewing last weekend’s Milan derby, I was surprised to see that Zlatan Ibrahimovic had directly contributed to twenty-five of AC Milan’s 48 goals to that point of the season. It wasn’t so much that he been that influential considering, talent-wise, he’s arguably in the top 1% ever to play the game. What surprised me was in such a talented club as AC Milan – alongside players like Seedorf, Inzaghi, Pato, Boateng and Robinho – Ibra had been credited with direct involvement in over half their Serie A goals this season.

Thinking that a phenomenal ratio (now decreased slightly since he didn’t play in the Rossoneri’s 3-0 derby victory this weekend), I began to explore how reliant each team – and how that compared across the continent – is on one player to score or create their goals.

Part One of this series will broadly compare leagues across Europe, whereas later parts will investigate individual players and leagues.

This is measured only by “scoring stats”, or the number of goals or assists a player is credited with. The player with the highest combined total of goals and assists will be dubbed the “team leader” or “spearhead”. In the case of two players having the same total number of scoring stats, preference was given to the player with the highest total of goals.

This data is accurate to Tuesday morning, 5th April.

Such analysis isn’t in-depth or even a potential indicator of an individual’s importance to their club – it is obviously heavily weighted in favour of forwards. It is easily argued that either Edwin Van der Sar or Nemanja Vidic, for example, are more important to Manchester United than Dimitar Berbatov. The data is sufficient enough, however, to begin to identify some trends in European football.

We can see that within the four major leagues, there are a few statistical outliers – chiefly, Serie A’s lack of goals. Each team in Serie A scores an average of 1.16 goals per game, where the average in the EPL, La Liga and the Bundesliga is closer to 1.4. They also boast the highest percentage contribution from “team leaders” (the player with the highest total of combined goals and assists) – nearly a full 2% higher than next-highest Germany and over 6% higher than the Premiership. In fact eight of the top twnety and three of the top four contributions from team leaders came from Serie A – Bologna’s Marco Di Vaio (received a scoring stat in 63.64% of Bologna’s goals), Edinson Cavani (63.04%) and Udinese’s Antonio Di Natale (57.14%). As a comparison, only one English-based player made the top 20, Carlos Tevez of Manchester City.

Team Leaders can earn their title in many ways. They may be the most talented player in their team (or even league), could be their team’s designated playmaker, may be surrounded by inferior players, the focal point of an offense, or simply may have the free-kick duties for their club. Certainly, some seem to make more of the role than others.  Given we’re dealing with seventy-eight teams across four different countries, it’s reasonable to assume that each player is their club’s team leader for that club’s own reasons.

The Premiership boasts the highest number of goals per game, yet the lowest average percentage contributed by one scorer – ie. they appear to have the broadest spread of players racking up “scoring stats”, while Germany and Italy appear to favour one player assuming primary responsibility for either scoring or creating goals. England’s average totals are also aided by the presence of Carlos Tevez, the free-scoring Man City forward who provides our first anomaly. Every club in England’s top flight’s top goal contributor provides (scores or directly assists) less than 40% of that total number of goals. Except Tevez – he has scored or assisted in 25 of the Citizens’ fifty goals this year, over 10.6% more than the next most vital contributor, Asamoah Gyan of Sunderland (39.39%). City’s reliance on Tevez is thrown into startling relief here.

This is likely a result of both City’s tactics – they are coached by an Italian manager, a point worth noting considering the apparent Italian preference for a spearhead – and Tevez’s outstanding talent. That City often play just one player up front means the primary burden of scoring falls to him, but it would be ungenerous to suggest that is the only reason his totals are so high. If we remove him from consideration as a statistical variant, England’s percentage contribution to goals by their team leader player falls nearly one whole percentage point, from 32.41:

The other confounding factor is Spain’s Big Two, Real Madrid and Barcelona. These two clubs have scored at least 50% more goals than their nearest rivals. Each club in Spain has played 30 games this season. Barcelona and Real have scored 82 and 69 goals respectively; their nearest scoring rivals are Villarreal, who have managed 48. Though these clubs are obviously supremely talented, it’s interesting to note that they are also the most reliant on one player (surprisingly, given their depth) – both Cristiano Ronaldo (50.72%) and Lionel Messi (52.44%) have scored or provided the assist for over half their sides’ respective goals this term. What are unsurprising, however, are the names – those of the two best players in the world.

If we are to remove the Big Two from consideration – for interest’s sake – we’re left with the following results:

A drop of nearly four goals on the season per team – 77 total goals lost on the season if replaced by “average” teams – a drop down nearly to “Italian levels” in the amount teams score on average per game; and a drop of nearly 2% in the average contribution to goals by the team leader. As always the lesson is that Messi and Cristiano Ronaldo are awesome. We can draw that both are crucial to both their teams and to scoring in La Liga as a whole; of course should either be injured, other players’ scoring would increase but the point remains: the two players are remarkably important to their clubs, and without those clubs, La Liga would be a much less goal-happy place.

To draw stringent conclusions from such small data samples would be foolish, but what we can suggest is that English-based sides seem to favour a more balanced approach because of form, injury, style or tactical reasons. It may even be a result of more fluid definitions, where perhaps in the Bundesliga and Serie A “forwards score, defenders defend and midfielders link the two” because the further East across the continent you travel, the more reliant clubs tend to be on spearheads players for scoring and goal-creation.