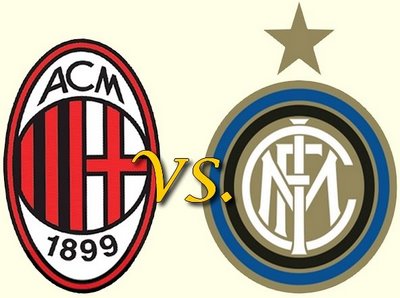 Milan and Inter meet for the 176th time in Serie A this weekend, in a match that will go a long way to deciding the victor of the 2010/11 Scudetto. Milan currently lead the way in Italy, with 62 points from 30 matches, two clear of rivals Inter. The Nerazzurri can cap off a remarkable comeback in the league should they win this weekend, having trailed the Rossoneri by as many as 15 points earlier in the season.

Both teams are missing some key players through injury and suspension, however in front of a sell-out crowd at the San Siro, the Milan rivals are sure to put on a show.

Milan desperate to do the double

Earlier in the season, Milan overcame their rivals by a 1-0 score line, thanks to a successfully converted Zlatan Ibrahimovic penalty after just five minutes of play. Unfortunately for the Rossoneri this time around though, they will have to do without their star striker, as he still has one more game to sit out for the red card he picked up a couple of weeks ago. Ibra’s absence is a massive blow for Milan, particularly as they have heavily relied on him for goals this season. The former Juventus, Inter and Barcelona man has scored or assisted 28 of the 51 league goals converted by the Rossoneri this term.

Nevertheless, they do possess a potent attacking line-up, with the likes of Alexandre Pato, Antonio Cassano and Robinho all set to play from the start, whilst World Cup winning midfielder Andrea Pirlo is also a chance to return to the starting XI. Having led the way in Italy pretty much from the start of the campaign, Milan will be absolutely desperate to extend their lead over Inter to five points, and take a massive step towards winning their 18th league title.

Despite possessing one of the best squads on paper in Europe, the reigning European, Italian and World champions had a dismal first half of the campaign, under their now former boss Rafa Benitez, who replaced Jose Mourinho last summer. This all changed in January 2011 however, when the former Liverpool boss was sacked and immediately replaced by Milan legend Leonardo. The Brazilian tactician has had an instant impact in the blue half of Milan, guiding his team through to the final eight of the Champions League and placing them perfectly for a genuine crack at the Scudetto.

Full of confidence and inspiration, the Nerazzurri know that their fate will rest in their hands once again, if they are to overcome their cross-town rivals this weekend. Key defender Lucio will miss through suspension, however the experienced Ivan Cordoba will comfortably replace him at the heart of defence, a switch that shouldn’t cause Leonardo too many problems. With a fairly easy run home, this writer is very confident that should Inter get past Milan this weekend, they will be certain to win an unprecedented sixth consecutive Scudetto.

The match itself will be as intense as ever, so expect it to be an enthralling spectacle for the neutral supporter. Milan have more to lose than Inter, due to the fact that they have looked destined for the Scudetto for the majority of the campaign. The Nerazzurri have been the success story of 2011 under Leonardo however, and will consider themselves a big chance to get the job done this weekend.

Inter will emerge victorious in a tense affair, and will go on to lift another Italian title in a couple of months time.