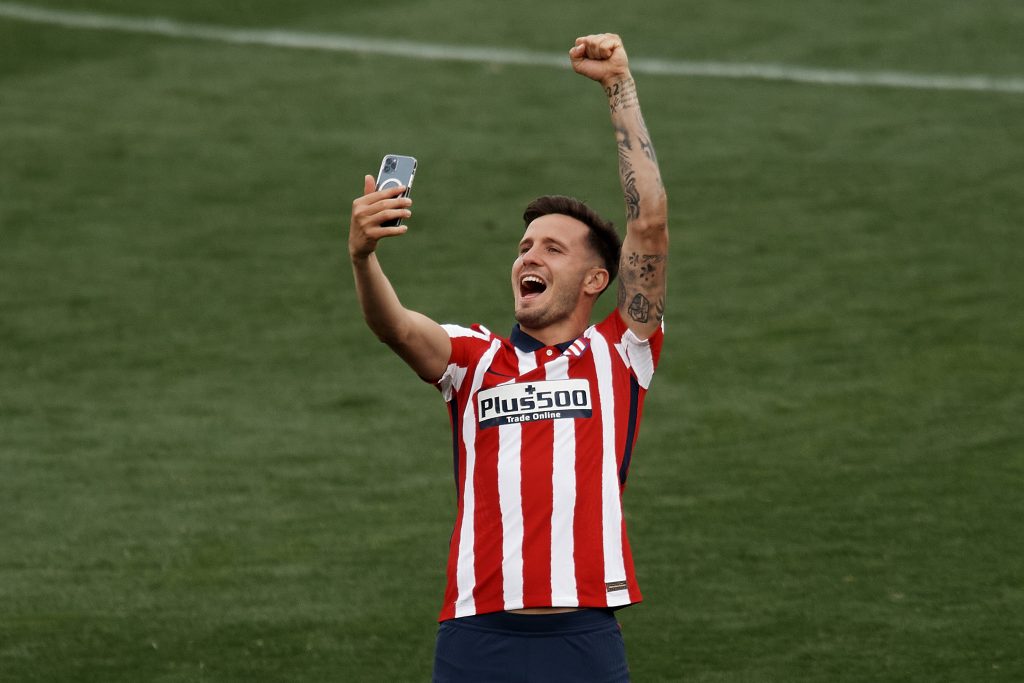 Manchester United have been linked with a move for Atletico Madrid midfielder Saul Niguez.

According to the Mirror (via Daily Star), the Spanish international is on the Premier League side’s radar and is keen on moving to Old Trafford.

The player has also been linked with Juventus and Paris Saint-Germain, but he prefers a move to the Premier League.

The 26-year-old is valued at around £40 million. He has a release clause of £60 million in his contract, but the Spanish outfit are prepared to sell him for a knockdown price to fund their own transfers this summer.

Atletico have been hit financially because of the coronavirus pandemic, and it is no surprise that they are prepared to sell Saul to balance the books.

He helped Atletico win the La Liga title this season and could prove to be a quality long term addition to United’s midfield.

The Spanish international would add drive, work rate and defensive cover, plus he has the ability to chip with the odd goal.

The reported £40m fee could prove to be a major bargain if the Spaniard adapted to the Premier League.

It is unclear how Solskjaer would accommodate the midfielder in his starting line-up, with Paul Pogba and Bruno Fernandes amongst the United’s key players.