Sam Johnstone hints at permanent move away from Manchester United 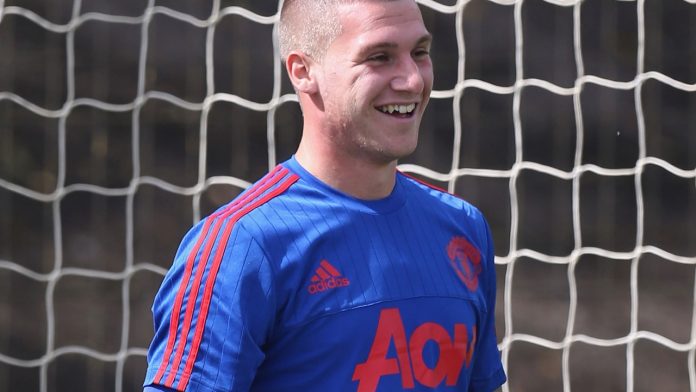 Sam Johnstone has hinted that he could leave Manchester United before the end of the summer transfer window in search of regular first team football.

The 23-year-old joined the Red Devils in 2009 and has come up through the ranks of the club’s academy. However, he has failed to make his way into the first team, especially with the form in which David de Gea is in the last few years.

Sir Alex Ferguson signed the Spain international from Atletico Madrid for United in 2011 and since then he has been the first choice player in that position. Ferguson’s successors, David Moyes and Louis van Gaal also fielded him and the same has continued under Jose Mourinho.

“Of course, it’s good to be around the first team,” Johnstone told United’s official website.

“Obviously, you never know when a chance might come but, on the other hand, I do need to play football. I’ve been on loan in previous seasons and enjoyed it, playing men’s football for points in front of crowds. You can’t beat that.

“But, like I’ve said, I’m here and, every time I step on the pitch, I’m here to do a job and hopefully show the manager what I can do and push Sergio [Romero] and David [De Gea].

With De Gea’s form, it is highly unlikely for Sergio Romero, the second choice goalkeeper to make his way into the starting lineup. Johnstone is behind the Spaniard and the Argentine international in the pecking order and he is now the first choice for United’s Premier League 2 side.

It is the new competition that will replace the Under-21 Premier League from this season, where the age limit of the player has been changed from Under-21 to Under-23. United started the Premier League 2 with a 1-0 victory over Leicester City. Johnstone, who started was delighted that Warren Joyce’s side started the new campaign with a win.

“I’m happy we won. The lads put in a great effort as we played an experienced Leicester side. We’ve got a young team but we dug in, worked hard and got the reward for it. I’ve worked with Warren Joyce for a while and he gets you working hard. I enjoy playing for him and always give it my best,” he said.