Ronaldo heads Portugal into the semi-finals 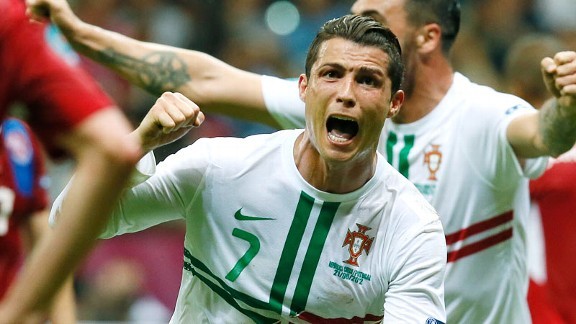 Thursday night saw the commencement of the business end of the Euro 2012 tournament, with Portugal overcoming Czech Republic 1-0 to become the first team to make the semi-finals. Cristiano Ronaldo’s winner with ten minutes remaining separated the sides, and the Iberian nation will now face either France or Spain in the last four.

Today sees the second quarter-final, as in-from Germany take on plucky Greece for a place in the latter stages. Here is the news from Euro 2012 that has caught Soccerlens’ gaze today.

A late winner from Cristiano Ronaldo saw Portugal edge out Czech Republic 1-0 on Thursday night, as the knockout phase of Euro 2012 got under way in Warsaw. The first quarter-final was dominated from start to finish by Portugal but it looked to be heading for extra-time until the 79th minute, when the Real Madrid man, who had struck the post in each half, broke the deadlock with a diving header.

The Czechs actually made a decent start to the match but they were clearly prepared to defend and play on the counter-attack, with Petr Jiracek’s early blocked effort amounting to the only attempt at goal for Michal Bilek’s side.

Theodor Gebre Selassie at full-back was clearly assigned to man-mark Ronaldo and initially he did a decent job of containing the star. The Portugal captain did show his threat early on though, drawing an accomplished save from Petr Cech.

As the half wore on Portugal stepped up the pressure. Ronaldo went close from range and then again with an overhead kick. Nani, on the other flank, then appealed for a penalty but referee Howard Webb waved play-on as it seemed the Manchester United winger had slipped.

Just before half-time Ronaldo struck the woodwork after he collected a ball on his chest and lashed in a shot that had Cech well beaten.

The onslaught continued after the break with Hugo Almeida heading a good chance over and Ronaldo’s free-kick striking the post. Cech then tipped over a long-range effort from Joao Moutinho but the Chelsea keeper could only watch as his side failed to hurt Portugal with their occasional forays on the counter.

Eventually, with extra-time beckoning, Moutinho delivered a curling cross from the right and Ronaldo darted in front of the ever-attentive Gebre Selassie to connect with a diving header that had too much pace for Cech and bounced before crashing into the roof of the net.

The goal was richly deserved for the Iberian nation with them having controlled 62 per cent of the possession and dwarfed the Czechs in terms of both corners and goal attempts.

Even after going in-front it was still the Portuguese who looked the more likely to score again with Cech required to make a further save from Joao Pereira and the Czechs surviving another penalty appeal.

Paulo Bento’s men must now wait for the game between France and Spain to find out who they will face in their semi-final. Ronaldo meanwhile will be eyeing the competition’s top scorer award. After netting an incredible 59 times for Real Madrid in 2011-12, the forward now has three goals at the tournament. 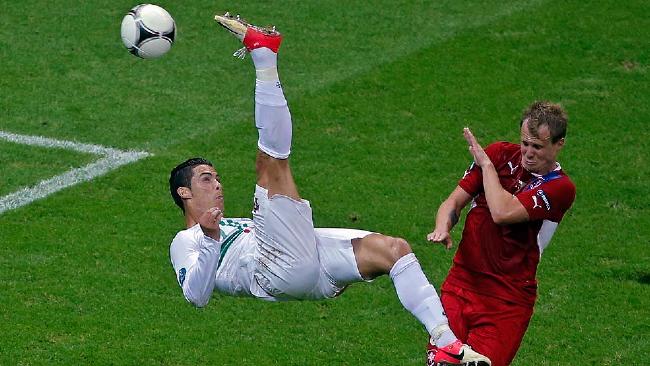 Portugal were written off ahead of the competition due to poor friendly results, and after an opening day defeat to Germany the Iberian nation were expected to crash out of the tournament. However, three wins on the trot means that France or Spain are by no means guaranteed a place in the final.

The side’s fortunes have been tied in with the performances of star man Ronaldo, who received heavy criticism at the beginning of the tournament. It appears that the Real Madrid attacker has put this behind him however, and will now be eager to claim glory for his country and for himself. The Euro 2012 tournament will be an acid test for all those looking to compare CR7 with Lionel Messi, and the heroes of yester-year.

Ronaldo has been guilty of saving his best form for Los Blancos, with his showings on the international level not commanding as much respect. However, if the skilful attacker can lead Portugal to glory this summer after escaping the group of death, the player will certainly be in line to potentially win back his Ballon d’Or crown and be talked about in the same breath as Pele, Maradona and Messi.

Germany and Greece will go head-to-head in Friday’s quarter-final, with The Independent taking a look at the key match-ups in the encounter.

England goalkeeper Joe Hart has stated that his side should not be scared of their quarter-final against Italy going to penalties, and has held his hand up to take one if needs be.

The Guardian examine Roy Hodgson’s approach to the England set-up, and feel that his time in Italy may well have influenced his style of play and tactics.

Uefa under scrutiny over Euro 2016

The next European Championships in four years time is set to include 24 teams rather than the usual 16, and The Independent is wary of the current successful format’s demise.

Come back tomorrow for all the reaction from the Germany-Greece game, as Soccerlens looks forward to the weekend and two mouth-watering fixtures in the Euro 2012 last eight.