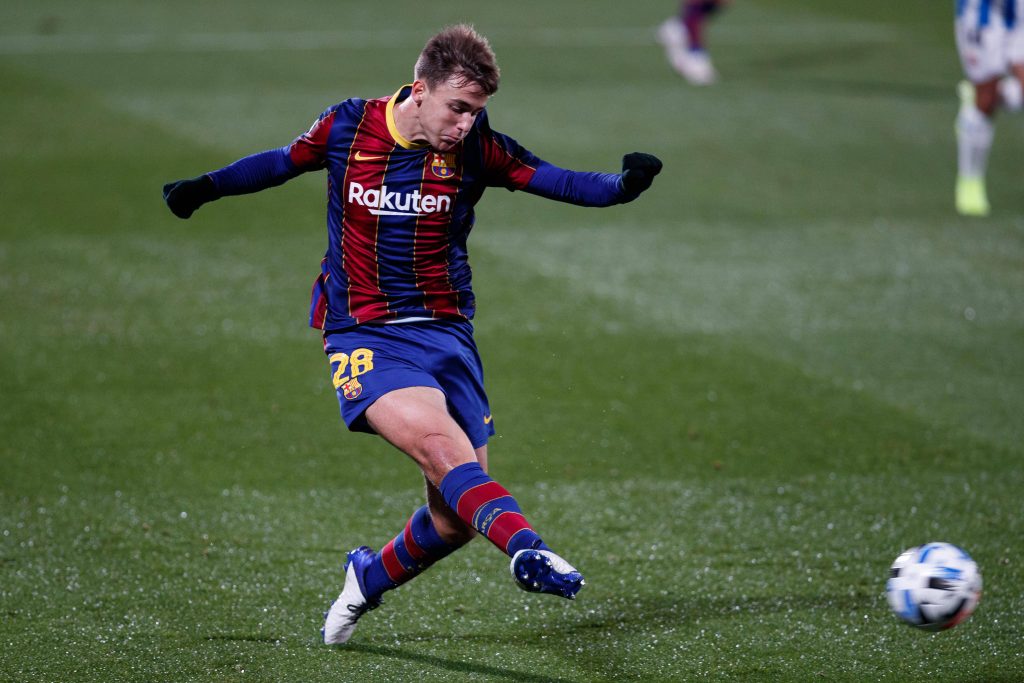 Barcelona manager Ronald Koeman is set to give youngster Nico Gonzalez his debut with the first team in a friendly against Segunda Division side Gimnastic de Tarragona, reports Spanish outlet Mundo Deportivo.

Despite Barcelona’s recent drop-off, La Masia is still producing several talents that have made it into the first team.

Ansu Fati was given his first team debut back in 2019 by Ernesto Valverde, while Riqui Puig, Oscar Mingueza and Ilaix Moriba made an impact under Quique Setien and Koeman.

However, Moriba appears to be falling out of favour with the Dutchman, despite impressing in the latter stages of last season.

The teenager has just under a year left on his contract, and negotiations over a new deal are not progressing. As a result, he has been demoted to Barcelona B.

Puig is also not in Koeman’s good books. Having been a shining light during Setien’s brief stint, the midfielder has had little opportunity to play under the current boss and is constantly linked with moves away.

One midfielder who could be set to take their place is Nico Gonzalez, who will make his first-team debut against Gimnastic de Tarragona, according to Mundo Deportivo.

The 19-year-old recently signed a new contract at Camp Nou, which runs until 2024 and has a release clause of €500 million.

Evidently, there is a belief among the Barcelona board that he can be a superstar.

More depth in central midfield will be vital for Koeman over the coming season.

As mentioned above, it is unlikely that Moriba and Puig will feature often, and the club are desperately trying to sell Miralem Pjanic and Philippe Coutinho this summer to balance the books.

This leaves just Sergio Busquets, Frenkie de Jong, Pedri and Sergi Roberto available in central midfield – the latter of whom has also been linked with a transfer.

This won’t be enough if they wish to compete for the major titles.