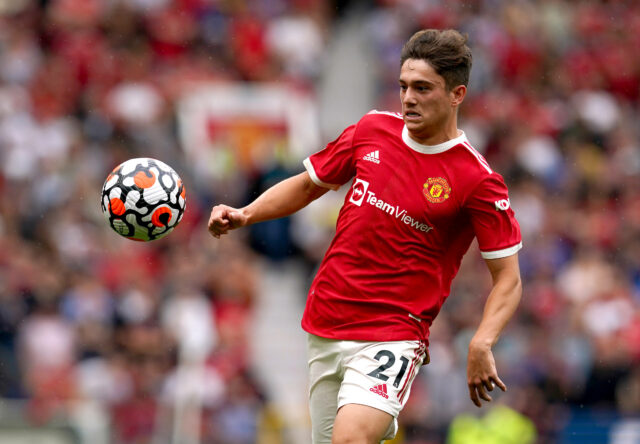 Reliable journalist Fabrizio Romano has delivered a big transfer update on Daniel James, and Leeds United fans will love it.

Throughout the day, we have covered multiple updates on James’ evolving transfer situation.

As the day progressed, it became increasingly clear that Leeds are leading the race for the 23-year-old winger.

James, who nearly joined Leeds back in January 2019, is expected to drop down the pecking order at Old Trafford following the arrivals of Jadon Sancho and Cristiano Ronaldo.

The Telegraph reported that the Whites have agreed a deal of around £30 million for James.

However, Football Insider claimed this evening that Everton have made a late entry in the race and are looking to hijack the deal.

“A recruitment source has told Football Insider that Everton have also registered their interest in James,” they wrote.

“That could spell trouble for Leeds, who famously came within a whisker of signing James from Swansea City in January 2019.”

However, Romano has reiterated that Everton are currently not looking to hijack the deal for James, adding it’s always been Leeds throughout the day.

The popular journalist also adds that the deal will be signed, and the player is expected to be at Leeds tomorrow to sign the contract.

He’s expected in Leeds tomorrow to sign the contract.

It has been widely claimed that Marcelo Bielsa is a big fan of the Welsh winger, and the Argentine will be delighted if Leeds can finally secure his signature.

James started well at Old Trafford but gradually lost his way and confidence.

A move to Leeds could galvanise his career and allow him to fulfil his potential.

As it stands, Everton are out of the equation in the race for James.

The deal is all set, and James is expected to complete his move to Elland Road before tomorrow’s deadline.