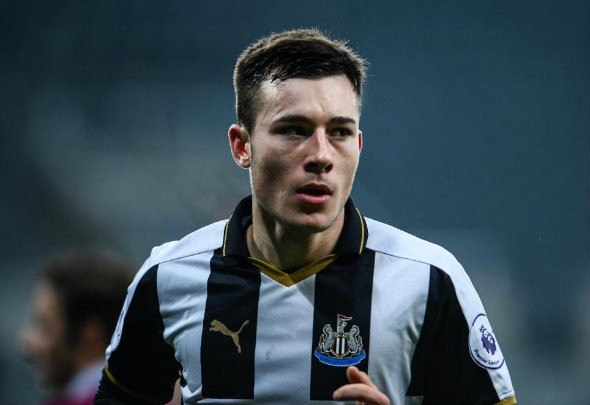 Colchester United manager John McGreal says Callum Roberts will be leaving Newcastle United this summer after struggling for playing time in the first-team. The 21-year-old has recently returned from a two-month loan spell at Colchester and is now expected to see the season out with Magpies’ u23s.

As per the Chronicle Live, McGreal said: “Cal was told the other week by Newcastle that he wasn’t getting a contract. His head went a little bit to be fair because I think he was thinking that there was a possibility of him getting a contract there.

“He’s been there all his career and played for them this year. It’s been tough for Cal and he’s been away from home. He’s still got a bit of a sore ankle and wants to get that right. I think Newcastle pulled him back to get him into the under-23s and put (him) in into the shop window.”

Roberts made only three appearances on loan, spending the majority of his stint at the JobServe Community Stadium on the bench. He racked up just 37 minutes of League Two football and isn’t likely to make any headway in the Newcastle senior squad as a result.

The 21-year-old has made only two appearances for United in all competitions, the last of which came in the FA Cup against Blackburn Rovers on January 15. With Matt Ritchie, Kenedy, Christian Atsu and Miguel Almiron ahead of Roberts in the pecking order, the England u20 international has a tough task to play under Rafael Benitez.