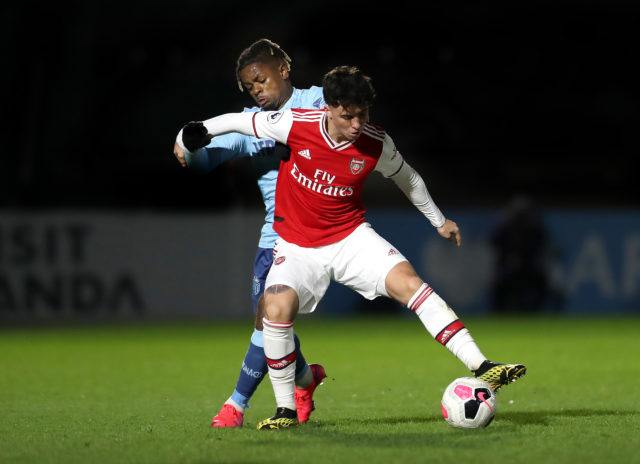 Greenwood has announced on Instagram that he is leaving Arsenal this summer.

The 18-year-old forward has thanked everyone at the North London club for the past two seasons.

According to Leeds Live, Leeds – who will play in the Premier League next season after winning automatic promotion from the Championship – are interested in signing the teenager from Arsenal in the summer transfer window.

It has been reported that the teenager has undergone a medical at the West Yorkshire outfit and will cost the Whites an initial transfer fee of £1.5 million which could rise to £3 million.

The report has added that Leeds have beaten Manchester United and AC Milan to the signature of the young forward.

Greenwood is a very talented and promising young forward who has a bright future ahead of him.

The youngster will initially go into the Leeds academy and will play for the youth side.

Perhaps in the coming months, if he does well for the youth team, then Leeds head coach Marcelo Bielsa will give him chances in the senior side.