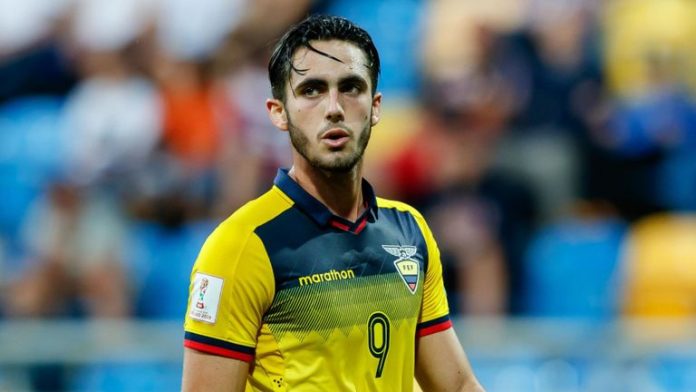 Wolverhampton Wanderers have been very smart in their transfer dealings having signed some of the hottest prospects in the last few years.

The likes of Adama Traore, Ruben Neves, Diogo Jota, and Leander Dendoncker has now formed the backbone of the team, while exciting talents like Pedro Neto, Bruno Jordao and Patrick Cutrone joined the team last summer.

It comes as no surprise that Wolves are after yet another prolific young talent, with Sky Sports reporting Ecuador goal-machine Leonardo Campana could be on his way to Molineux in January.

Wolves are in talks to sign the 19-year-old who rose to fame at the South American U20 Championships last year. The teenager impressed everyone with six goals helping his country win the competition.

And it seems he is ready to take the next big step in his career by moving to the biggest league in the world. Wolves have entered negotiations over a deal which could see Campana becoming their first signing in January.

Although he will start off with the U23 side, his potential arrival is likely to put further pressure on Cutrone whose future at the club is already in doubt.

He is an exciting player to watch, and don’t be surprised if he becomes the club’s second-choice striker behind Raul Jimenez, given his vast potential.