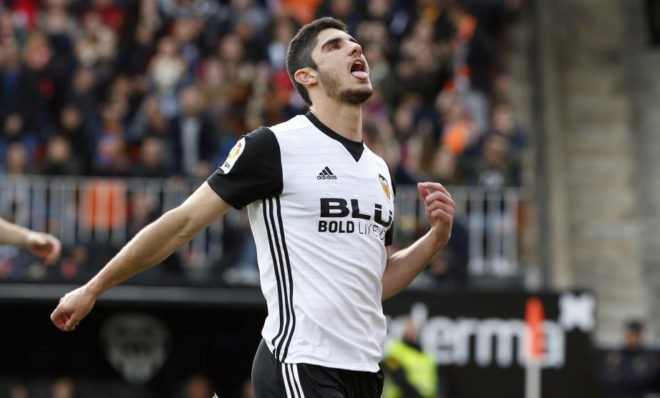 Goncalo Guedes enjoyed a productive spell on loan at Valencia last season, but Los Che would struggle to meet his asking price. It leaves the door ajar for Premier League newcomers Wolves to make a move for him.

Paris Saint-German are looking to sell the highly-rated 21-year-old this summer. The French giants have an avalanche of attacking talent at their disposal and Guedes would struggle to break into the first team, despite his obvious talent.

According to reports from L’Equipe, Valencia only want to pay £35 million while PSG are looking for a transfer fee around £53 million, which basically rules them out.

Wolves are interested in signing Guedes who counts Jorge Mendes as his agent. The transfer fee quoted is quite staggering given his age, and would easily make him the most expensive player in Wolves’s history.